This is the part two of intrepid Uganda International Marathon runner Andy Teale’s blog. Missed part one? Read it here.

It was hard to believe we were already halfway through our six-day adventure in Uganda. In the first three days I’d made new friends, run my first few miles in Africa and been lucky enough to visit two of the projects the marathon was supporting- including the one I was running the marathon for!

By this point, the nerves were building. In two days I’d attempt my hardest race to date, 26.2 miles on the equator.

But firstly, there are two more excellent days of race week to fill you in on…

After a traditional Uganda breakfast, we were heading to Liberation Square for the ‘Kids Run Wild Race’, where the international runners would be helping to marshal the event. It was an opportunity for the kids from the projects, schools and the local area to get involved in a big community event hosted by the Uganda Marathon. There would be races, dancing, entertainment and overall, one big party!

We were given a choice of how we’d like to make our way to Liberation Square in the mid morning: we could either jump in a matatu to drive down or use the opportunity as a training run, and jog the 5 kilometers from the camp to the square.

Keen to get a few more Ugandan miles under my belt and get used to the terrain and climate, I elected to head to the site on foot, with a number of the other international runners. It turned out to be a great decision as with strong bonds forming between the group by now, the atmosphere was full of laughter, jokes and chatting as we ran down the orange Masaka roads admiring the beautiful scenery Uganda has to offer. Once again there was a real buzz amongst the local people as the international runners jogged past, with local children joining in, adding an extra element to the experience of the run.

With UGM team members at the front and back of the group, we could set our own pace once again. The first run on Wednesday had been tough, so I set off at a very steady pace near the back of the group. To my surprise after I eased myself into the run over the first kilometer, I was actually able to pick up my pace slightly and found a really comfortable rhythm- it felt easier than the run two days ago. Unsurprisingly by the time I reached the square I was pretty hot and sweaty, and it was at a slower time then I’d run the distance in the UK, but it was a really enjoyable run. I was satisfied I’d been able to run 5K in Uganda too at a steady pace and whilst challenging, it was certainly achievable. 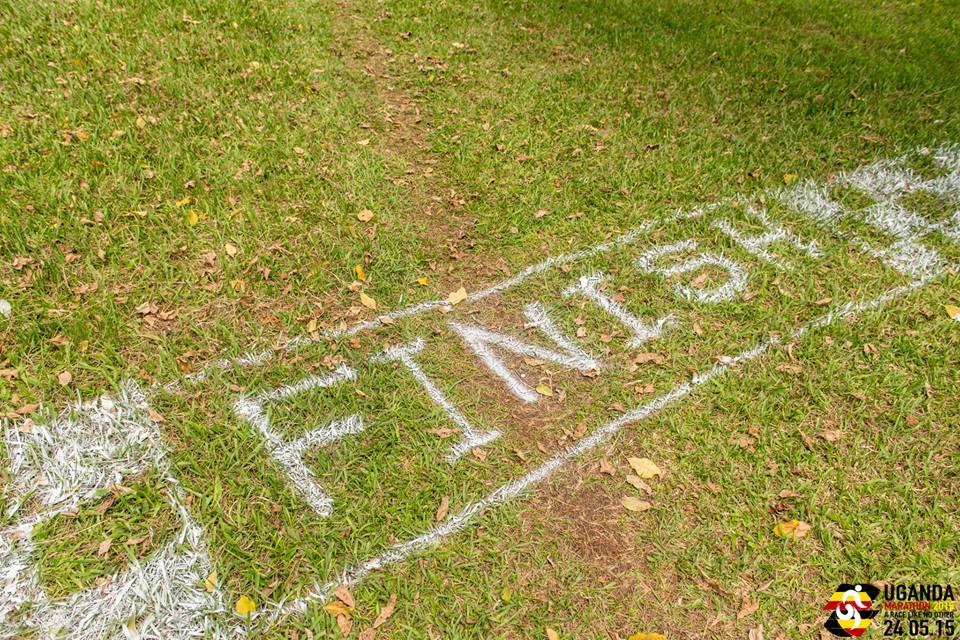 Once we reached Liberation Square, the UGM team had some set up work to do for Friday’s event, including marking up the kid’s race course & finish line

Each runner arrived in Liberation Square at their own pace, as the staff and runners travelling by matatu joined us too. The UGM team then had some set work to do for the day’s event, so the international runners used the time in the middle of the day to grab some lunch. We had the choice of local shops or street food. I was intent on embracing the culture over the course of the week, so I decided to try some street food and it turned out to be delicious! 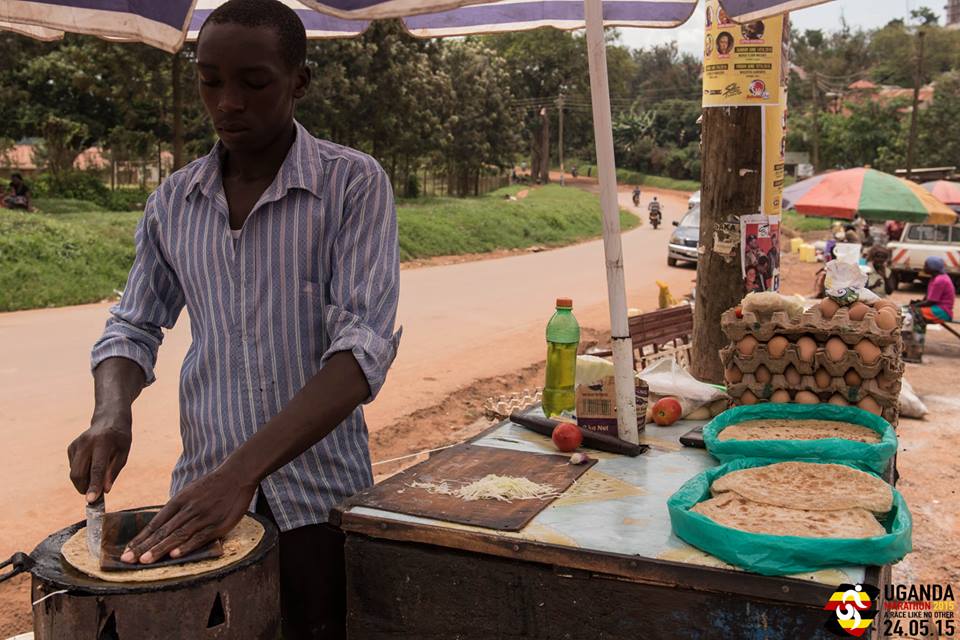 A street vendor prepares a Rolex for my lunch. (Nope not the watch… but a traditional Uganda dish, containing eggs, a chipati roll, cabbage & tomato)

After lunch and some time to relax, the festivities of the ‘Kids Run Wild Day’ began as the families and classes of children began to arrive. It was a big event with music playing, entertainers in fancy dress, bouncy castles, face painting and lots of dancing, as the international runners and local people celebrated the day together.

The local children enjoy the entertainers, bouncy castle & games such as tug-of-war…

…as well as face-painting & meeting the international runners…

…and there was dancing too, as the events brings together different communities.

In the second half of the afternoon, the race events for the children began, which included everything from 400 metes running to an egg ‘n’ spoon race. It was unbelievable how quick some the children were, but the main thing was how much fun everyone had. From the crowd cheering to the children having the opportunity to get involved in one big sports day, it was definitely something special for the community.

…whilst Paul & a few of the international runners got involved in the race to encourage the children. Expecting a slow-paced race, I think they were surprised by how speedy these kids were!

After a great afternoon of sport and activities, bring together communities from different continents, the local community left with a smile on their faces. The international runners headed back to the Athletes Village too via matatu.

Back at the camp in the evening we had dinner and then could either relax at camp or venture into town for some Friday night drinks. 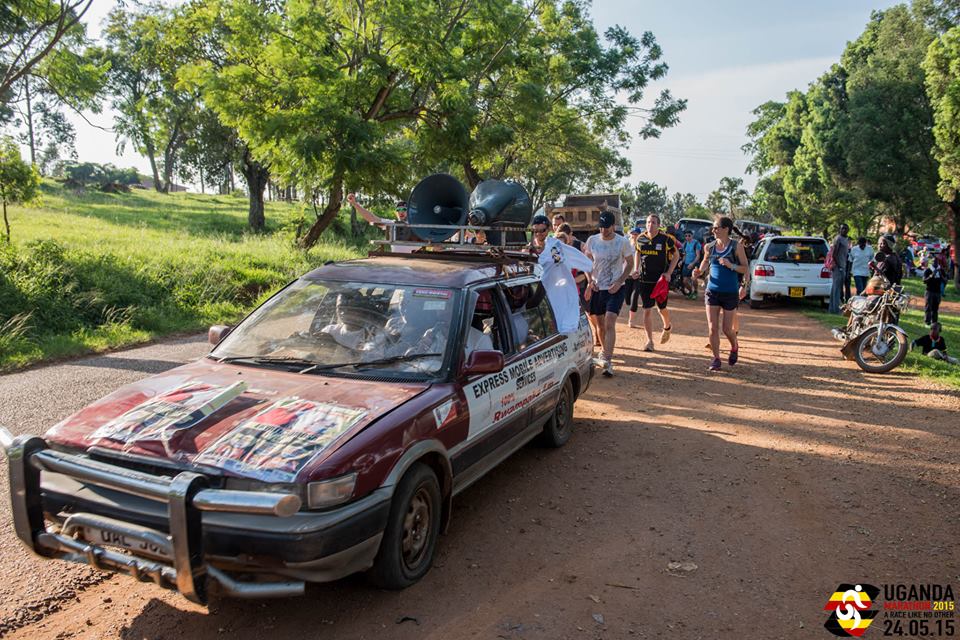 A few of us, myself included, ran back to camp via town to promote Sunday’s marathon event to the local people and encourage some last minute sign ups!

Day 5: Saturday 23rd – The Day Before the Marathon

It was the day before race and we had two options for the day. We could either visit Lake Mburo for the day, where you could relax, have lunch and see the local wildlife, or unwind at the Hotel Plus accommodation for the day by the pool. In the evening we’d all meet up at the hotel for a pre-race pasta party and the race briefing. 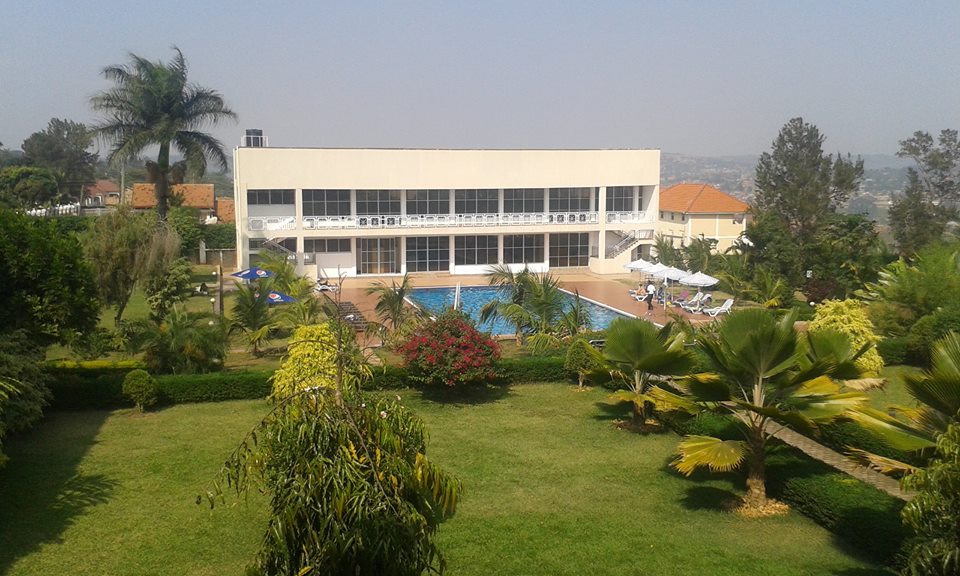 As I already had a safari lined up after the marathon and wanted an easy day to unwind prior to the race, I decided to stay in Masaka. But those who went to Lake Mburo said how amazing the food was and got some amazing photos of the animals in the area (see below). 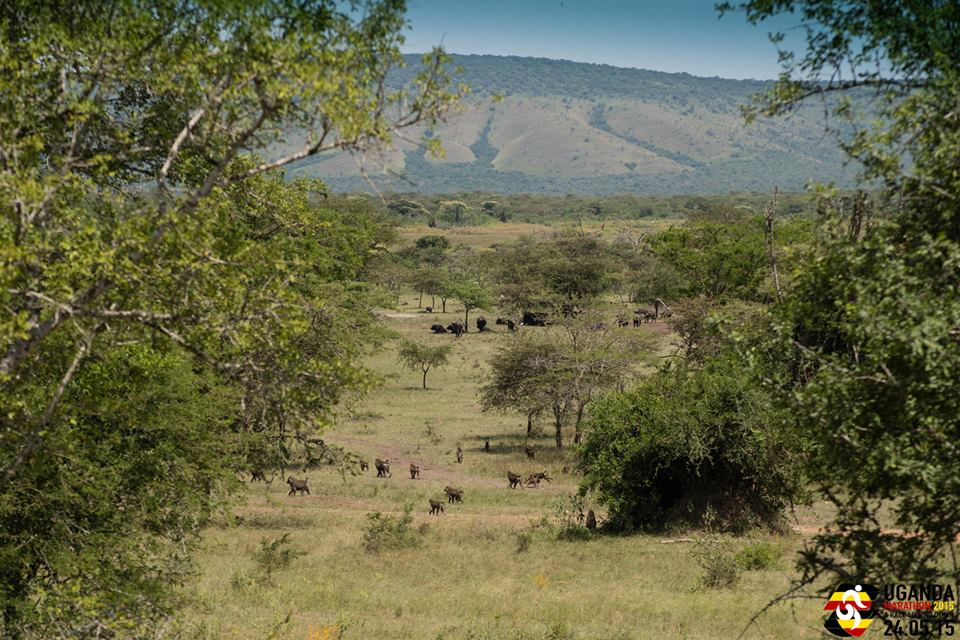 For those of us who stayed at camp, we had breakfast in the morning with eggs, fruit and other local foods.

Shortly afterwards I decided to head out on my own for a bit for my last training run prior to the race. It was mainly just to ‘loosen up’ the legs and ‘steady the nerves’ by running a short way around the area where the camp was based.

I ran about a kilometre and half from camp and then turned around to head back. My run was 3.21K in total, taking 16 minutes and 24 seconds. Too quick for marathon pace the following day but it felt like a steady run and I was certainly becoming more accustomed to running in Uganda.

With a few training runs in Masaka over the course of the week, this 3K run marked the end of my training, and I was feeling as ready (as I ever would) to run the Uganda Marathon the next day.

My final training week, with a few short run outs in Uganda to get used to the climate, terrain and altitude- it was a great way to round off my training!

After a shower and lunch at camp, a few of us headed into town to pick up a few last-minute items such as drinks and snacks for the race. From there we headed to the hotel to relax by the pool and in the sun, awaiting the international runners who visited the lake.

Once all the runners reunited, it was a nice evening at the Hotel relaxing, chatting and ‘carbing’ up at the pasta party, where the hotel staff served us two delicious pasta dishes. We then had the race briefing which was lead by the Race Manager, Ellie, who talked about the course layout and important race details. Brett, the head of the medical team, then gave us a talk on how to ensure we stayed safe during the race (eg. by drinking plenty of water and maintaining our salt levels) and how their job was to look out for our safety during the event.

Left: Nick and the runners watch on as Ellie gives the pre-race briefing, and (right) Brett explains how his team will be looking out for us during the race.

We then returned to camp and I had quick drink and a chat with some of the runners. But I made sure I was in bed by 10pm that night, because the next day I’d be attempting my hardest race to date, 26.2 miles on the equator in Masaka. The time had finally come. The next day, on Sunday 24th May 2015, I’d be running Uganda’s first ever international marathon…

Up next: A Week Like No Other: Race Day