There are only 26 days to go until the 7-day Adventure! Preparations amongst the team are in full swing, runners are moving towards the finals stages of their training, and fundraising is on the steady increase, as we hope this year’s Uganda Marathon will leave the biggest impact in Masaka yet.

As you can imagine, with things really ramping up as we move closer towards the event, we’ve got plenty of community news to share! Social training runs, awards, charity news, competitions and more…here’s what’s been happening in April and March… 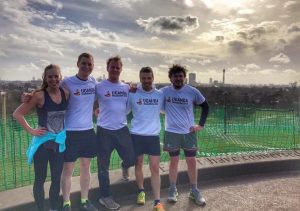 We held a social training run in each of the last two months, for those living in or near the London area.

The first was held on a beautiful and fresh sunny morning in early March, doing laps of Regent’s Park & Primrose hill, to help prepare for the inclines of Uganda. The group managed to complete enough laps to cover a 10K distance, so a big well done to everyone involved – you certainly earned your cake and coffee afterwards! 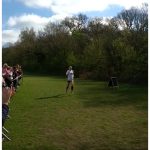 Chloe on the home straight, about to win the Wimbledon Half!

Then, April saw a group of our 2017 Runners take on the Wimbledon Half Marathon – a hilly two lap course, which once again was great prep for running in Uganda. Thank you to everyone who came, and a special shout-out to runner Chloe, who only went and won the female event! Congratulations!!

Both session made for a brilliant way to kick off the day, and also a great opportunity for some of our runners to meet each other, prior to traveling to Uganda. 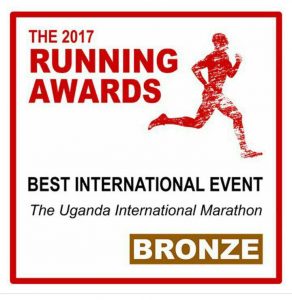 On the 20th April, the prestigious UK Running Awards were held at the O2 Arena in London. We were shortlisted for the award of ‘Best International Event’ and we’re very, very pleased to announce….we won bronze!! We’re ecstatic to have finished amongst the podium places for the second year in a row, having won the Gold award in 2016.

From all the team, a big, big thank you to everyone who voted for us in this award, as we couldn’t have done it without you! We appreciate it ever so much and we’ll be working hard now to make this year’s event the best it can possibly be for our 2017 runners!

This time last year saw an exciting development in the Charity element of the UGM, with the opening of the UGM Shop in Masaka Town Centre. Due to the nature of our work, the Uganda-based team often works on the site of the Charity Projects. However the shop provides a central hub for the marathon in Masaka Town, so the local people know where to find us. Plus, the shop also provides an outlet for our Charity Projects to sell the goods they produce – further supporting their own sustainability.

To celebrate the anniversary, the team put on an event to encourage better waste management and recycling in Masaka. Building bottle bins out of plastic bottles, they distributed them to three local businesses selected by the town clerk. Once these are full, the UGM will collect the bottles for free, and use them to build more bins which can be distributed around town. Slowly but surely, we aim to clear up Masaka Town by introducing the bins, but more importantly, by encouraging the local community to adopt the habit of recycling. 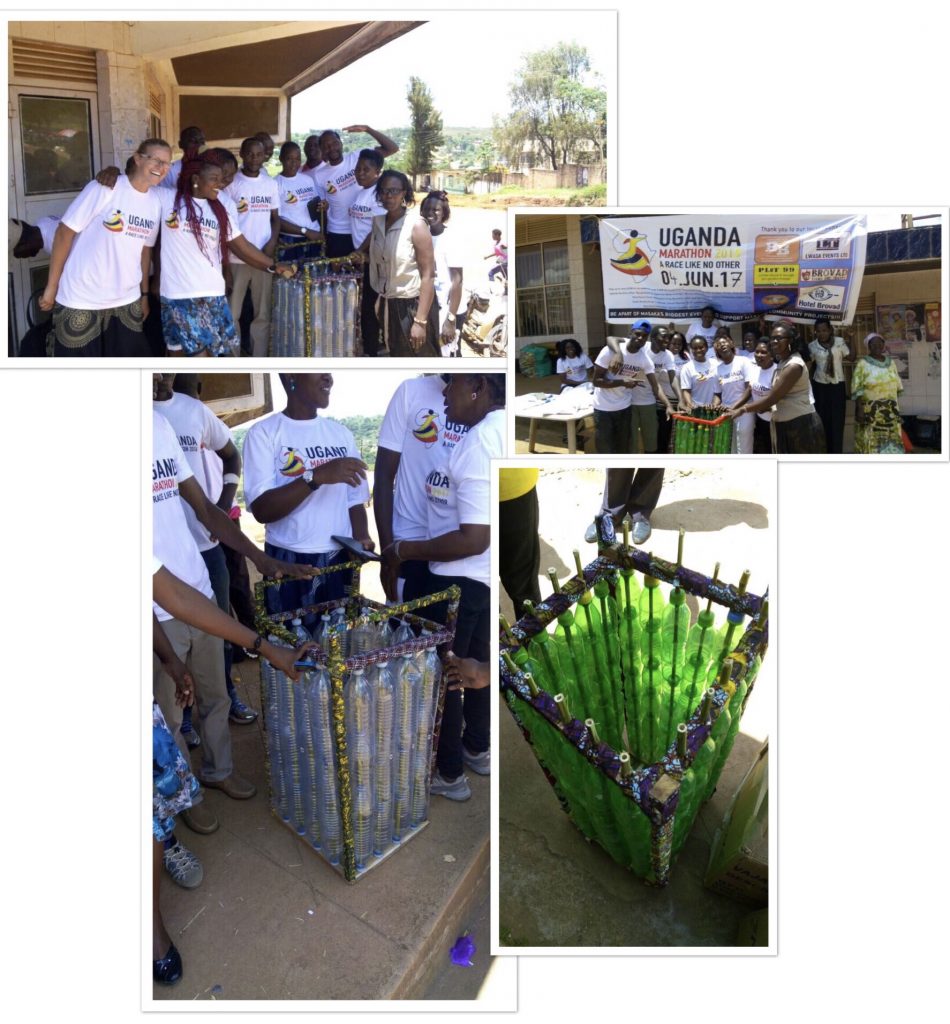 The day was a great success, with 50 local people learning how to build the bins out of bottles and 86 people signing up for Race Day on 4th June.

On the UGM Shop’s success over the last year, our Community Partnership Manager, Tom, had this to say:

“The shop has given the Marathon a presence in the centre of the Masaka community at a site accessible to everyone. This has given us a clear opportunity to be accountable to the community we are supporting and who support us by running the marathon. It has also given us the opportunity to directly benefit the marathon’s Charity Projects and increase their sustainability by giving them a place to easily sell the goods they produce. It really is an office like no other!”

Weekend in the New Forest

In mid-March, one of our 2017 runners Sarah, kindly hosted a group of us at her family’s holiday village in the New Forest. A mixture of 2017 runners, past runners and team members, it was a brilliant weekend of running in the beautiful countryside, getting to know each other, laughter and relaxing, topped off with a BBQ and Hog roast on the final evening.

From all the team, a big, big thank you, Sophie, for a brilliant weekend! 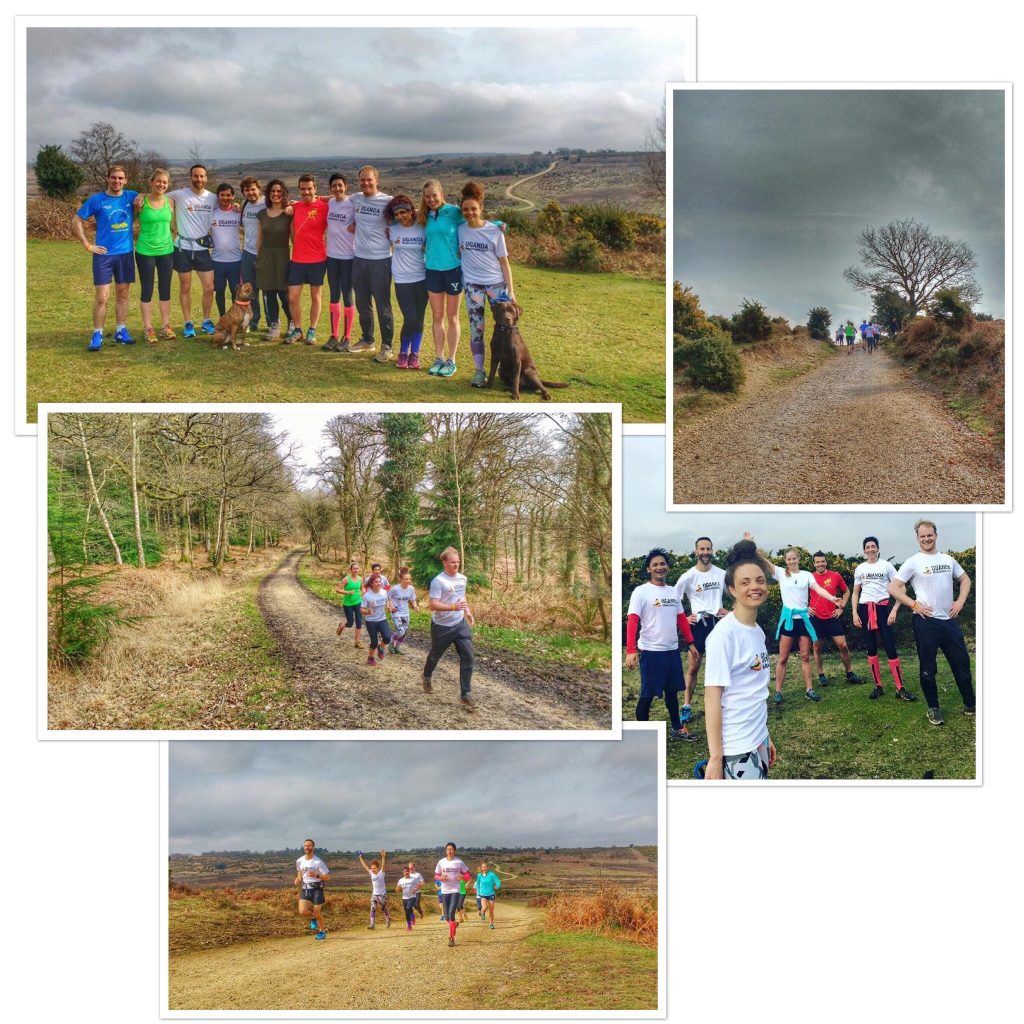 Finally, we’ve got some shoutouts for our runners over the last month for sporting achievements! 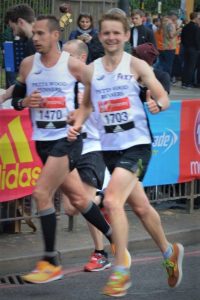 A big, big shout-out to all our runners, past and present, who completed the London Marathon on 23rd April, especially our training coach Mark and training diary blogger Simon, who both chalked up incredible sub 3-hour times! It sounded like a fabulous day with millions raised for great causes. Well done to everyone who took part!

If you’d like to read Simon’s training blog as he prepares for the Uganda Marathon – you can do so here. In his latest entry, he tells us all about his day at the London Marathon!

Also, as the intensive stages of training begin to draw to a close for our 2017 runners, a big well done for all your efforts in your training. We’ve loved seeing your photos over the past couple months from races and training sessions! Keep it up for the final week or so now, and don’t forget to taper!

Finally, well done to our Uganda-based team who participated in a triathlon a few weeks ago at Lake Nabugabo. Andy (our Community Partnership Manager), his visiting brother and a current volunteer, all entered a Uganda Marathon team into the event. Well done guys for putting an excellent performance in and coming third, despite from what we hear, having some bike issues! 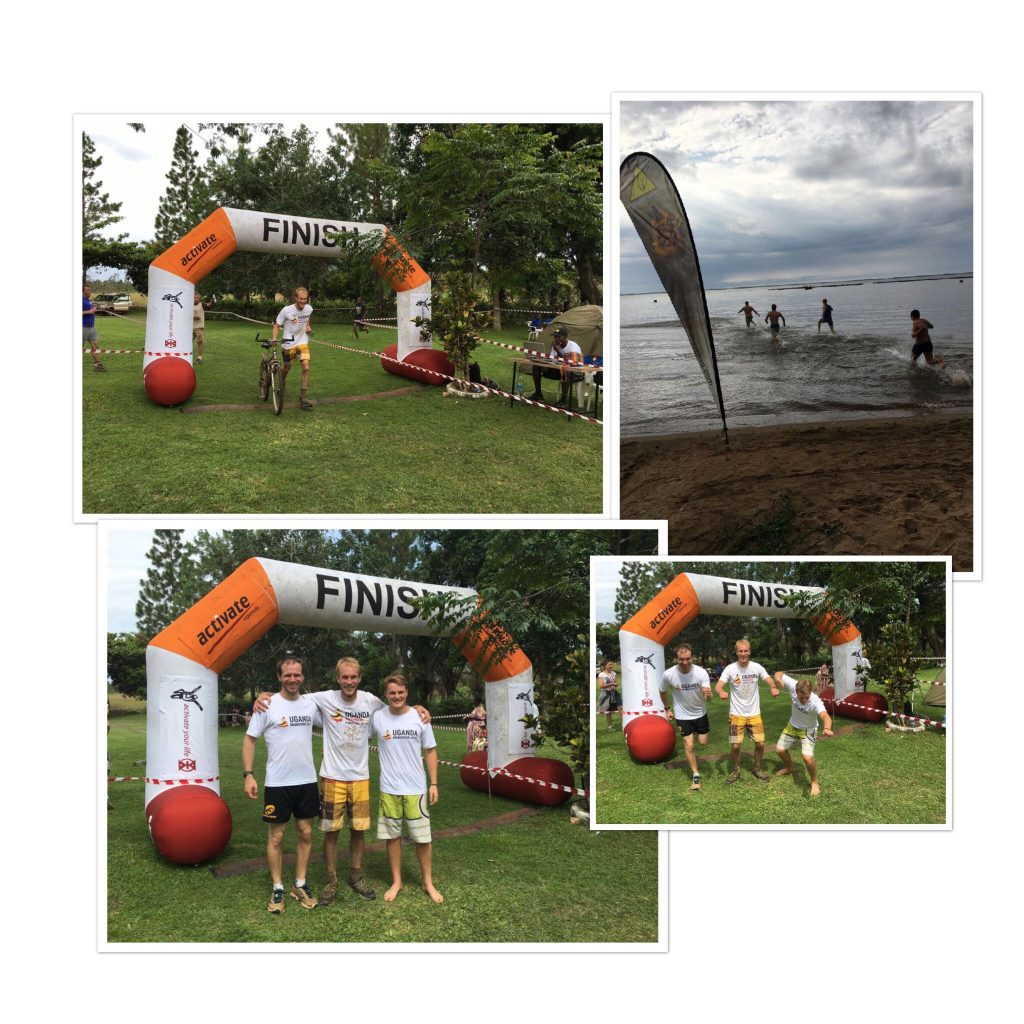 Thanks for taking the time to read our latest community blog. We’ll be back in a few week’s time with more news and updates. In the meantime, we’d love to hear from you if you’ve got news, a story or a shout-out for someone in the UGM community. Drop us an email at [email protected] Until next time! 🙂