One Year On: The Story of Our First Ever Sign Up

One year ago today, on 28th November  2014, we had our first ever sign up for the Uganda Marathon…

And it’s proved to be quite an adventure since for runner number 1, Neil. From the experience of race week to volunteering over the summer, to now finding himself back in Uganda- setting up his own project! 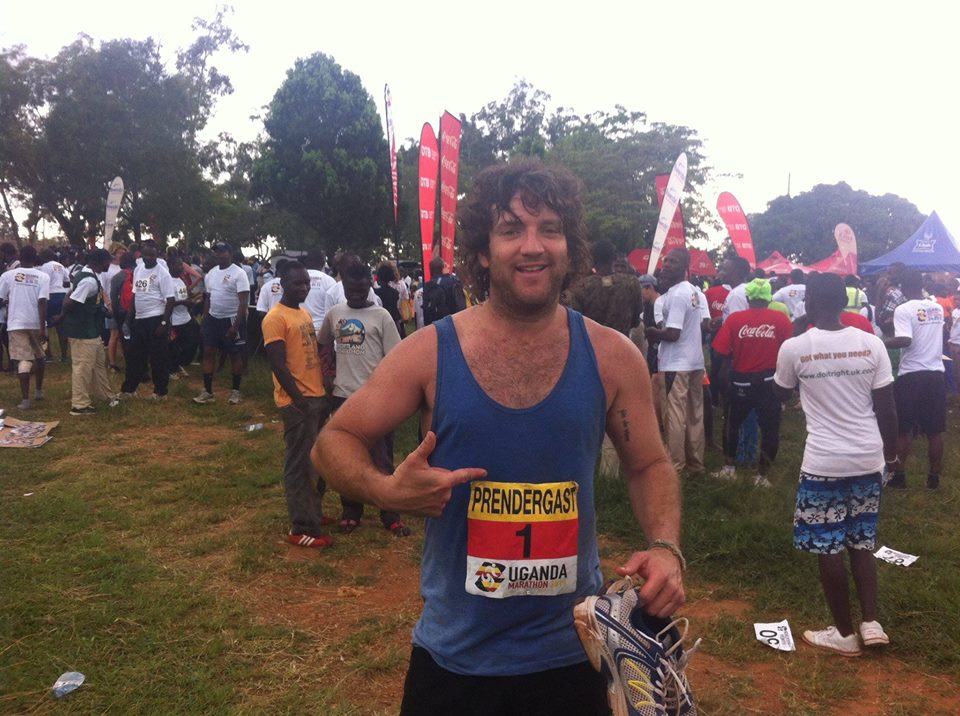 Neil with race number 1, as the first sign up for the Uganda Marathon 2015. Little did he know this was only beginning of his Ugandan adventure…

A Man Seeking a Challenge…

Neil’s story began roughly a year ago when he found out about the Marathon through a friend on Facebook, who he’d met in a helicopter over Niagara Falls years ago. This friend, Danielle, had recently met one of the people organising the Uganda Marathon and she thought it sounded like a great way to impact the community in Uganda whilst having an epic adventure, so shared one of our posts.

Neil, who describes himself as a regular bloke, had at the time just recovered from a broken leg. He wanted to ‘take on an epic challenge’ in 2015, as a comeback from an injury that had stopped him from running for so long. Then as fate would have it, he logged on Facebook and spotted Danielle’s post…it was just what he had been looking for! So with aim of taking on an epic challenge, and doing some good in Uganda too, he paid his £99 deposit and became the first person to sign up for the Uganda Marathon 2015.

Five months later, Neil and his partner Katie found themselves in Uganda for race week. Over the course of six days they made many friends amongst the international runners and UGM team, experienced Ugandan life and helped out at two of the marathon’s projects. Then on the final day of race week, Neil smashed his race after his long-term injury, whilst Katie helped organise event.

Post race week, Neil and Katie wanted to explore Uganda and experience some of the amazing tourist activities the country had to offer, which included Gorilla trekking. However, in addition to their race efforts, they’d always wanted to do more to help the Masaka community. Shortly after their excursions, they returned to Masaka to assist at some of  the marathon’s projects once again.

Volunteering at the Projects

During June and July, before travelling around other parts of Africa, Neil and Katie volunteered at a number of the projects. This included helping at Chedra’s HIV clinic, supporting elderly Ugandans welfare at STEP (Support for the Elderly Person), helping to build a Chicken Coup Structure at Bugabira school, and experiencing life at the more remote KCV (Kiyumbakimu Children’s Village). 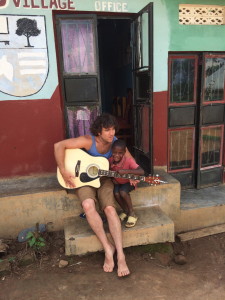 Neil spent a few days helping out and experiencing life at the project KCV- where at the end of his visit he adopted Pias, to support the financial cost his medical and education needs

Neil, using his skills as a builder, lead the team of volunteers who built a chicken coup structure using some of the marathon’s fundraising. From digging the foundations…. 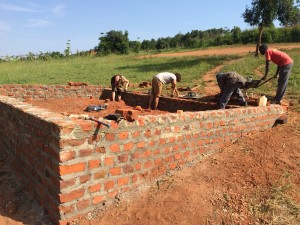 …to building the walls ready for the roof, windows & doors to be added… 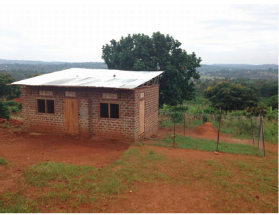 ..and now Bugibera school has it’s own chicken coup structure and it’s on source of income for years to come.

Whilst volunteering at these projects, Neil and Katie were able to make a difference to number of Uganda’s lives. However they were looking for a way to make a longer term difference to the Masaka community, as they became touched by the need and potential they saw. After networking and some investigating of ‘what would be the best way to help’ the community, they made the decision to come back to Uganda later in 2015, to start an organisation called Creative Canvas Uganda (CCU) alongside Carson, one of the artists whose paintings decorate the Athlete’s Village, and Lizzie – one of the marathon team. This plan was to give Masaka an arts and community centre, giving children (and adults) the opportunity to develop their skills, knowledge and creativity. 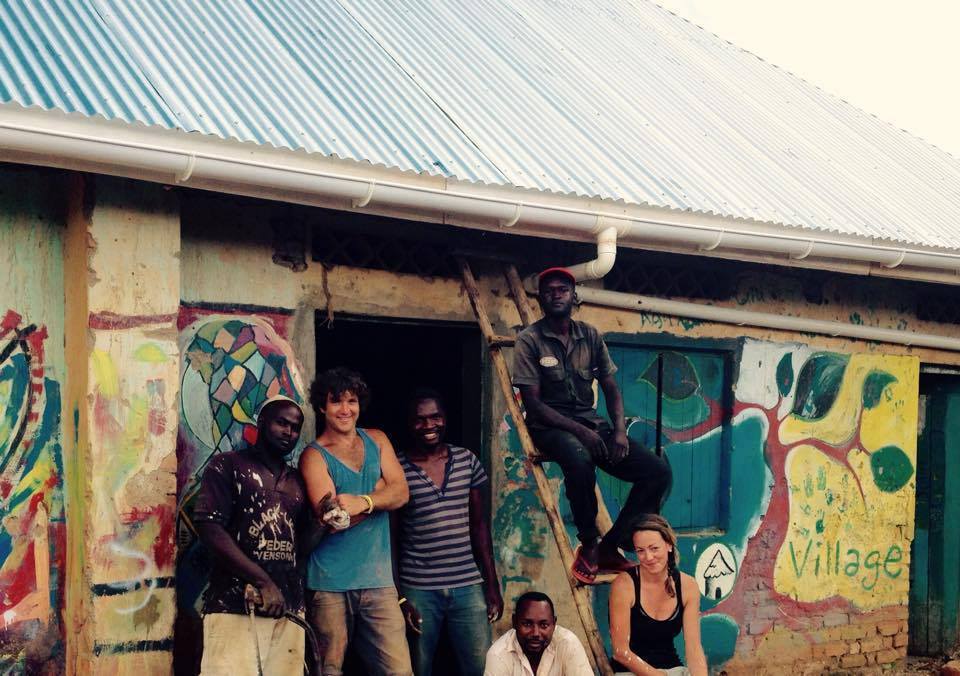 Neil and Katie have now been living in Masaka for two months, working to bring their vision of change and impact in the community to reality. Since they returned to the UK in August, they have been working hard to secure funding for the project and now they are back in Masaka, along with Carson and local builders, they have just finished the building a massive arts and community centre for the children of Ndegya Village in Masaka, Uganda (Pictured below). Now the building is complete, they will be working to bring creativity and fun to children’s lives, who previously had no outlet for artistic play, in 2016.

A before and after shot of CCU’s building, which is being converted into a centre

This is just one of the dozens of stories like this from the 2015 event. When Neil signed up for the marathon, little did he know what an adventure it would lead him on and he’d be in Masaka one year later, setting up his own project! Many others have embarked on their own adventures since the marathon…

And this is one of the reasons the Uganda Marathon is ‘a race like no other’- not only for the big difference the event makes to Uganda community, but the difference it makes to it’s runners too.

If you would like more information on Neil’s project, ‘Creative Canvas Uganda’, you can visit their website www.creativecanvasuganda.org or check out their Facebook page. We will update you on their progress in a few month time!