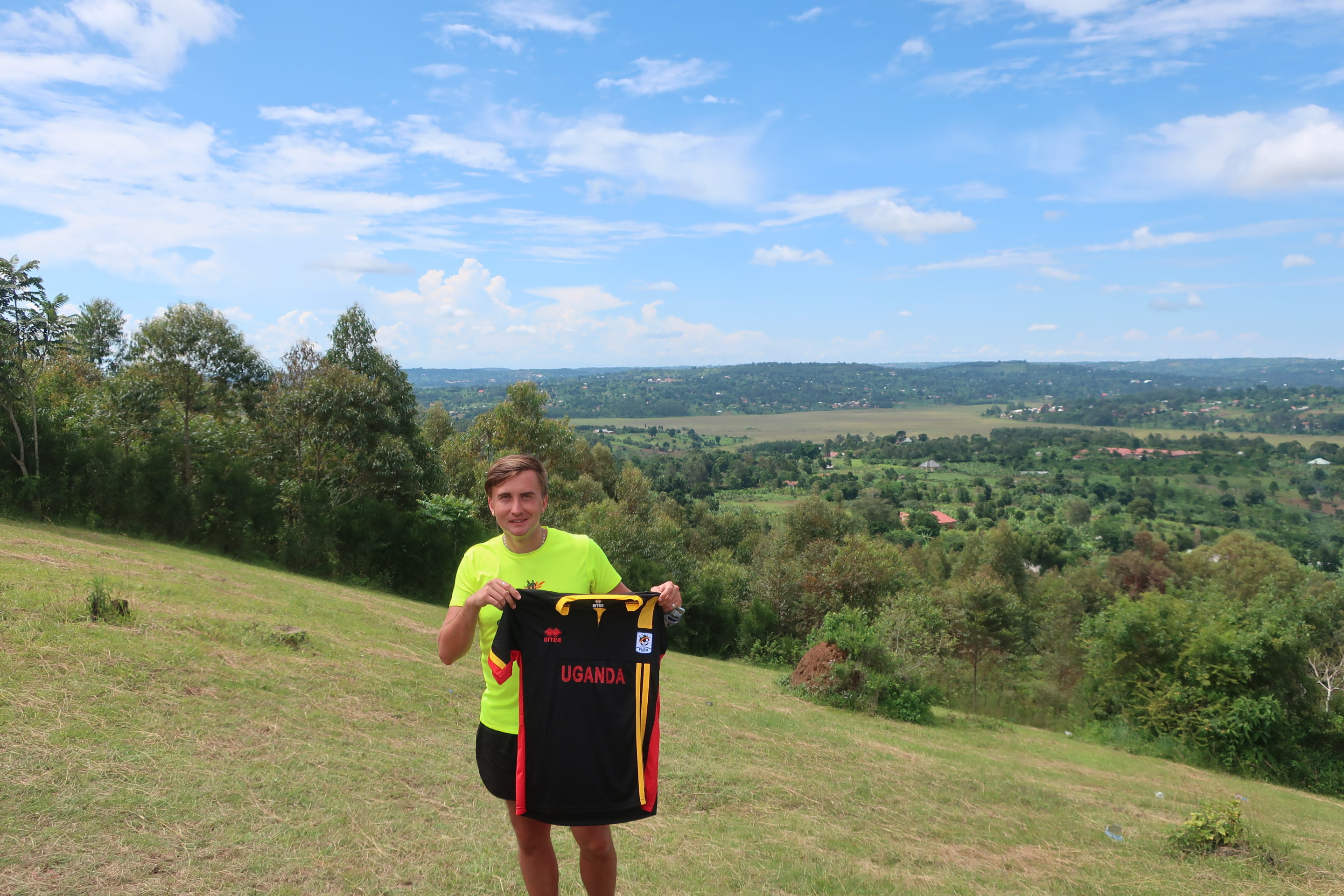 Here we interview runners who have participated in the Uganda Marathon, so they can share their stories and experiences from the 7-Day Adventure. After all, it’s their involvement which makes the week so special, from the impact they have on the Charity Projects, to the community feel they give to Race Day.

Alex joined us as our first-ever participant from Russia, and had previously run an inspiring 27 marathons! Below he tells us about why he loved the week, why it stood out for him from the other marathons he’s participated in, and what his favourite memories were!

As Alex puts it: “It’s the opportunity to dive into a completely different world.”

I love travelling. It’s my passion. I prefer interesting (let’s say – unusual) destinations to travel to. I also love running, especially long distances because running for me is the way to put my thoughts in order and the way to challenge my limits.

I found out about the Uganda Marathon from Instagram which is the only social network I use frequently. It actually took me about two months to decide that I wanted to participate, but eventually I decided to do it for several reasons. First of all, I understood that it is not only about running. It is about people, empathy and willingness to help. Secondly, it seemed an amazing opportunity for me to visit such an exotic country and to explore a completely different world. I have never been to Africa before except Tunisia and RSA, so I was really excited by the opportunity to get to know the local way of life. Finally, I was curious to meet the extraordinary people who are organizing this event and helping people on such a large scale.

It was actually uncertain whether I could attend at one point. About 3 months before the Uganda Marathon it appeared that I had to participate in an important event at my job, right in the middle of the marathon week. I fiercely declined it…the Uganda Marathon was my priority at that time!

It was much more than I expected. Every single day in Uganda I was exploring something new. I was able to help people with my own hands which is the most important thing for me regarding this event.

3. Could you tell us about your experiences on the Legacy Days and your highlights from visiting the projects in Uganda? 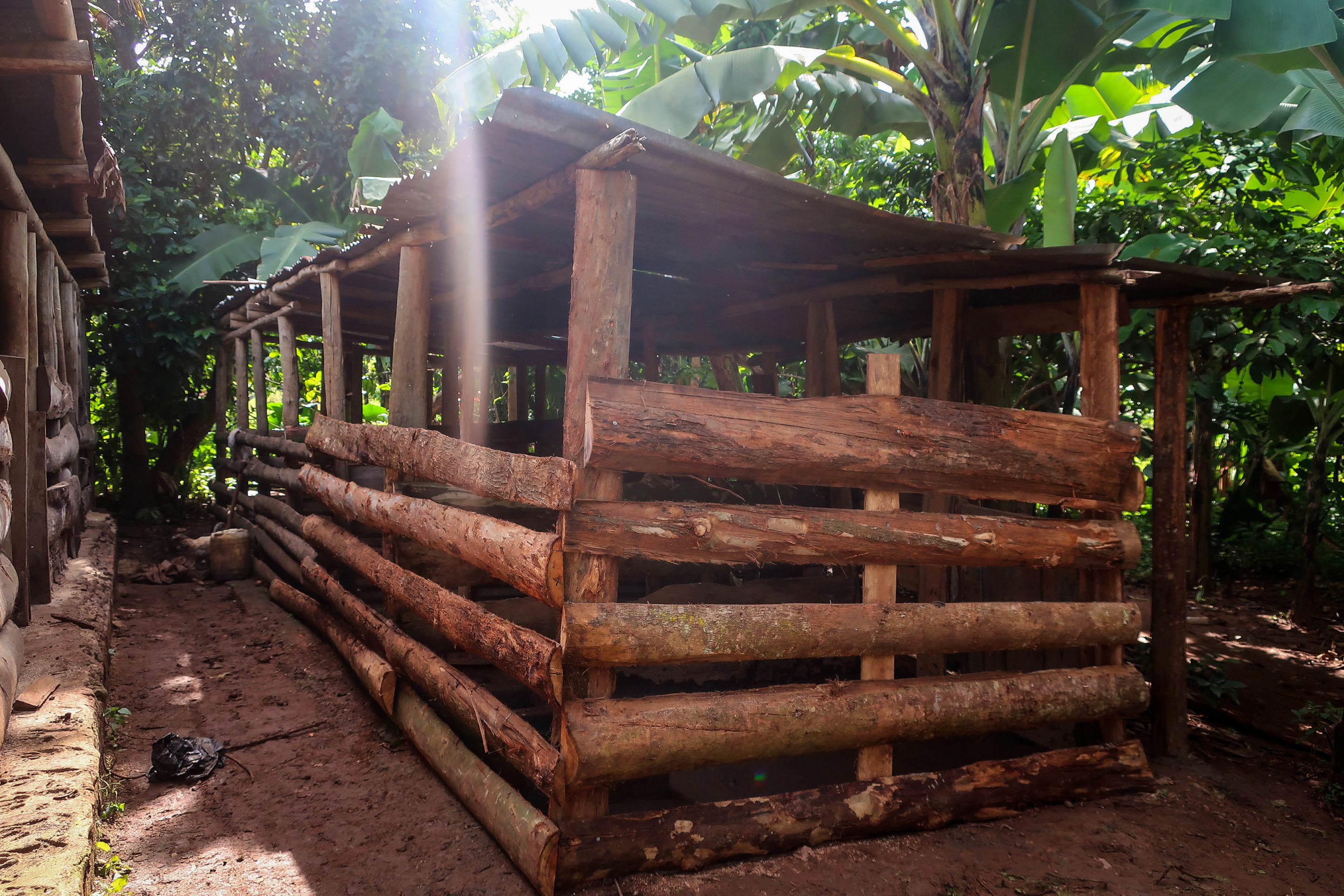 I chose Kyabakuza STEP project for Legacy Day which is a project which supports elderly people. As I understand the situation, it is that many young people move to cities from rural Masaka and thus leave elders who usually need care. Kyabakuza is an association which unites elders and helps them.

During Legacy Day we repaired pigsties which were some years old. We prepared timbers for the walls and concrete for the floor, then made some smaller construction elements by ourselves. It was a nice experience of doing physical work together with my amazing teammates, and also alongside locals who were so strong despite their respectable age! I was impressed by them and it made very interesting conversations trying to get to know what their lives look like. 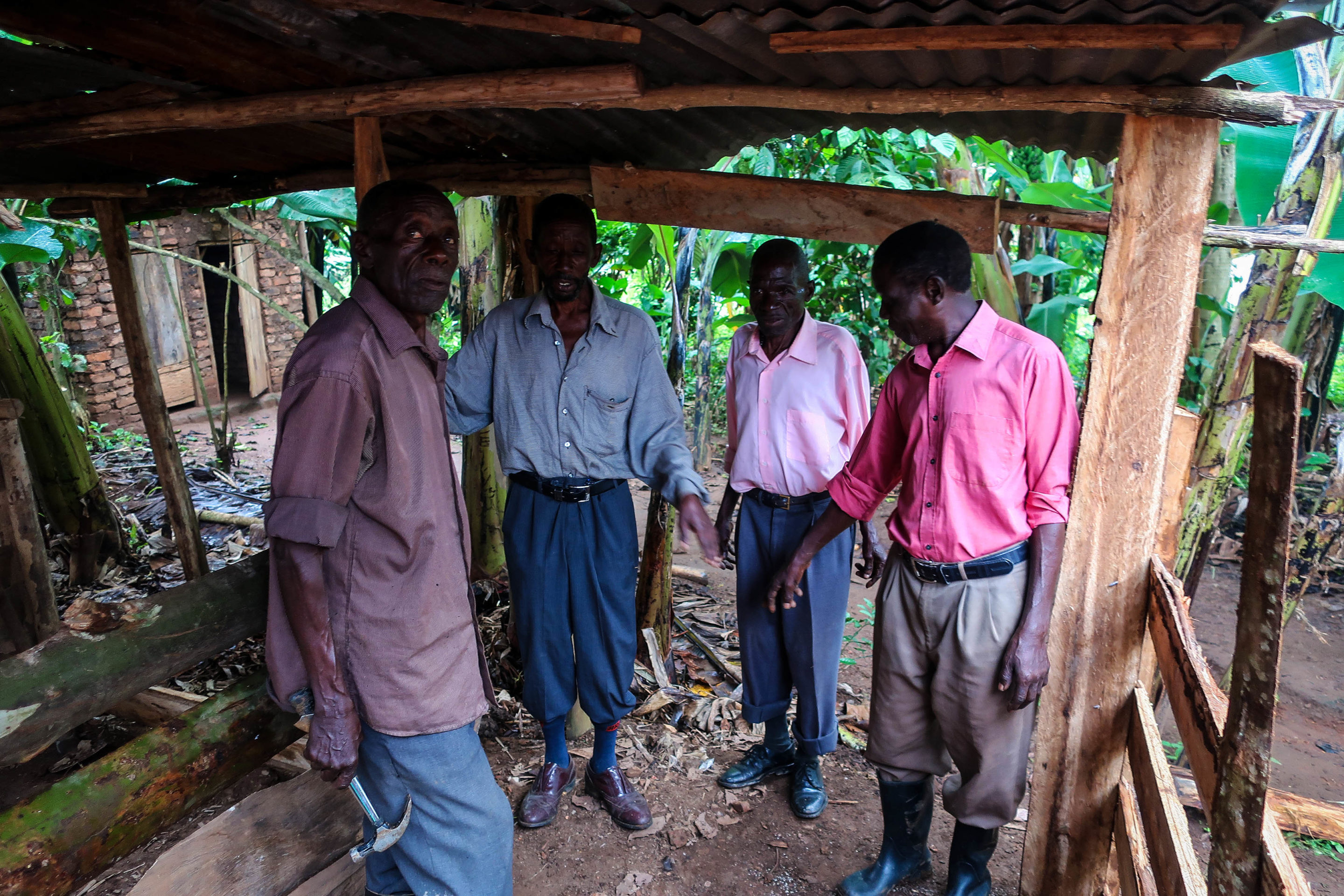 In addition, I’d like to underline the importance of many other projects for children that are supported by the Uganda Marathon. On other days in the week, we visited a school, and a rehabilitation center for youths who had been living on the streets. It is amazing how much kindness, empathy and affection is generated by those who want to help. 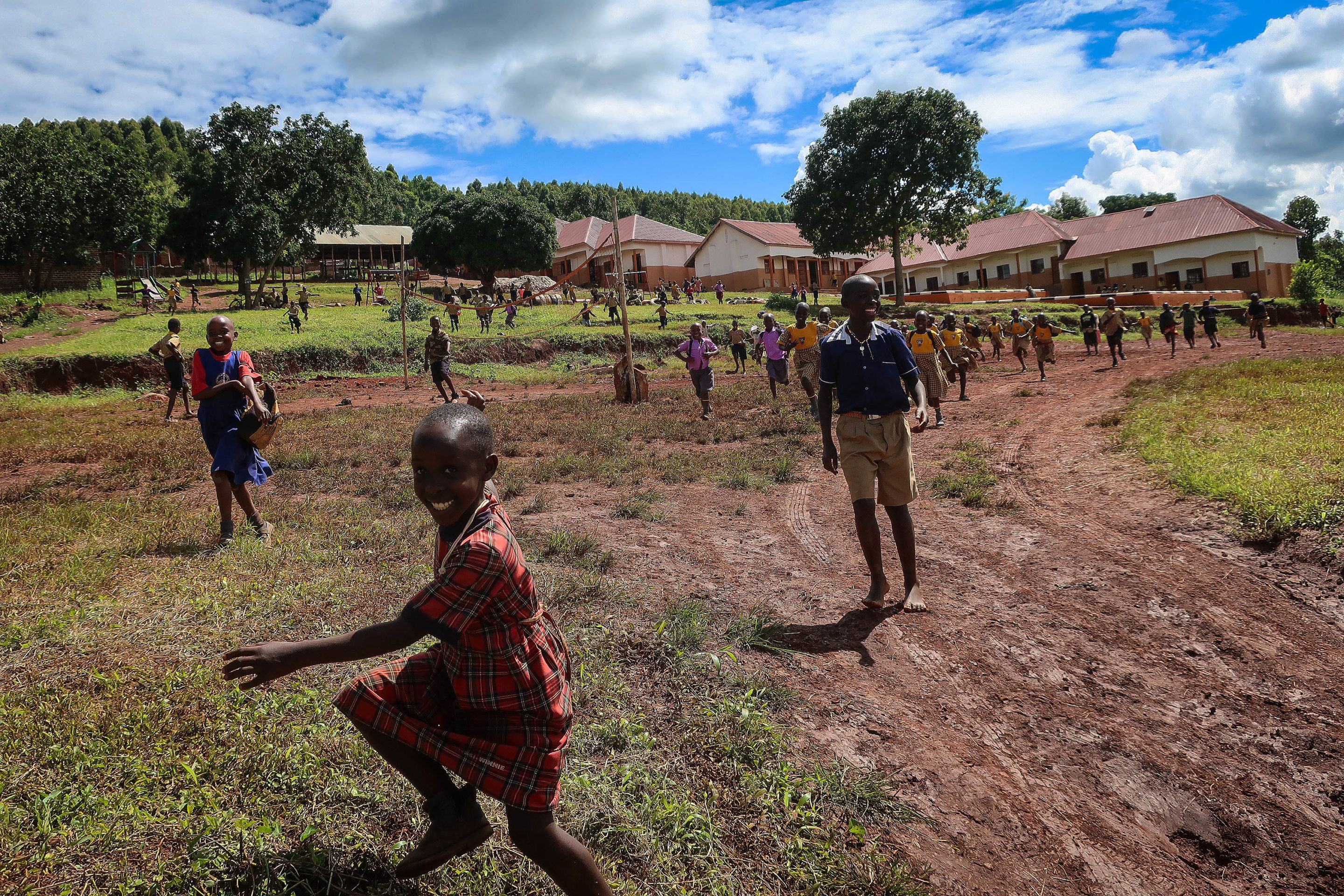 4. You’ve run an incredible amount of marathons previously…what number was Uganda for you? Could you tell us about your experience of Race Day?

In Uganda, I ran my 28th full marathon. Undoubtedly it was the toughest one with the total elevation of about 600 meters. Of course, it was also the most exotic one as well with the amazing support throughout the whole course.

I liked the idea of the organisation of a marathon in such a rural area such as Masaka, as it provides a big opportunity for all Ugandan people, even those outside the city, to get involved in sport and a healthy lifestyle. To be honest I was impressed by the level of organisation! The Uganda Marathon was truly a celebration of sport for all participants! 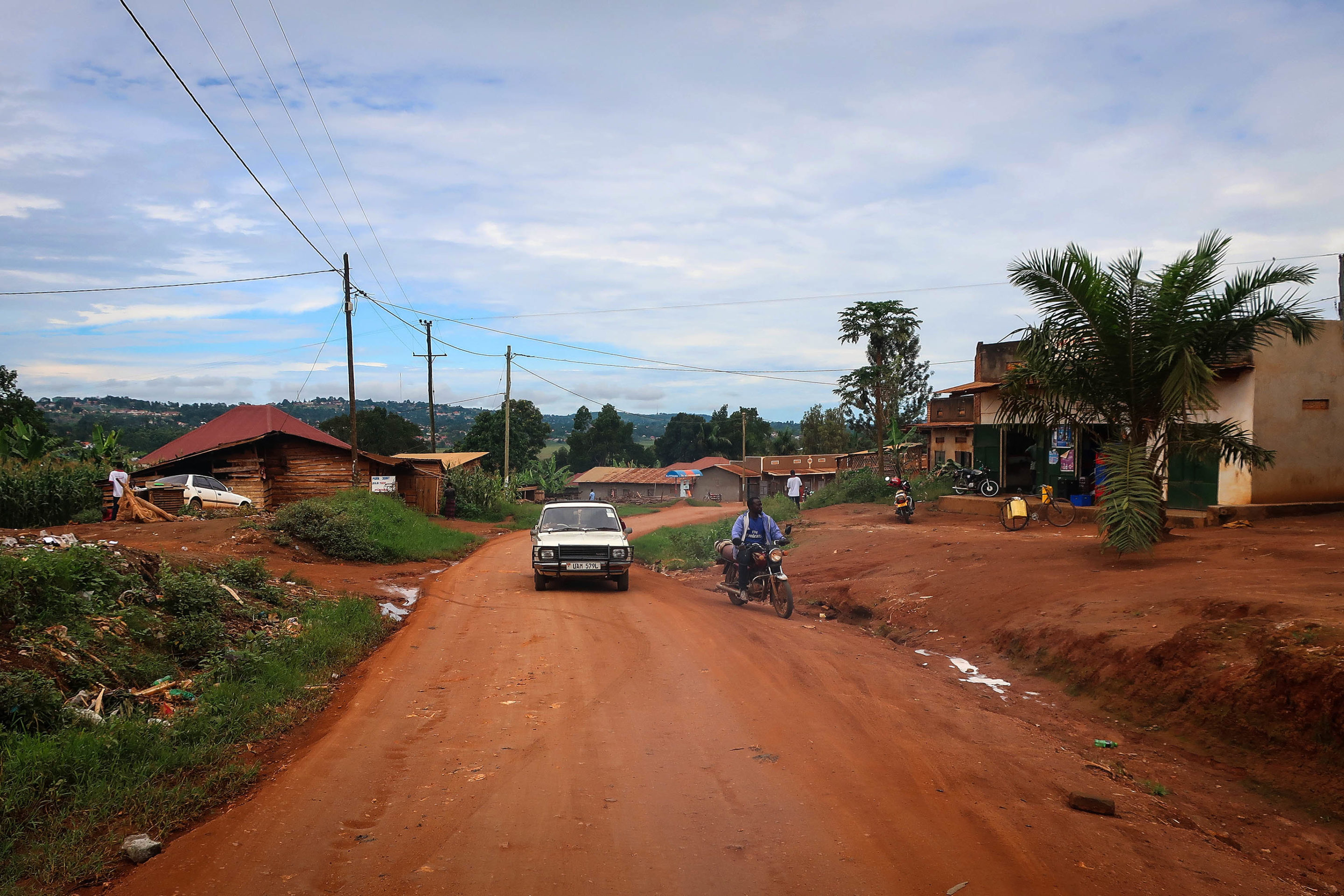 5. Finally, what was your best overall memory from the 7-Day Adventure?

People. Undoubtedly. I’d like to emphasize the whole Uganda Marathon team! They are incredible! Their energy makes important changes and motivates others.

I’d also want to note my project team [the Ngo (leopard) Clan] – such as those cool English guys Colin, Dale and Toby who made me love English jokes about me and Russia 😉

Particularly I’d like to mention our team leader Henry Wamboko. He is outstanding. I learned a lot from him during the week. He is one of those guys who help make the world better by their own hands.

Finally, I’d like to say that the most important value of the 7-Day Adventure is the opportunity to dive into a completely different world, which includes the people and the whole environment. It inspires, motivates and gives you a lot to think about. 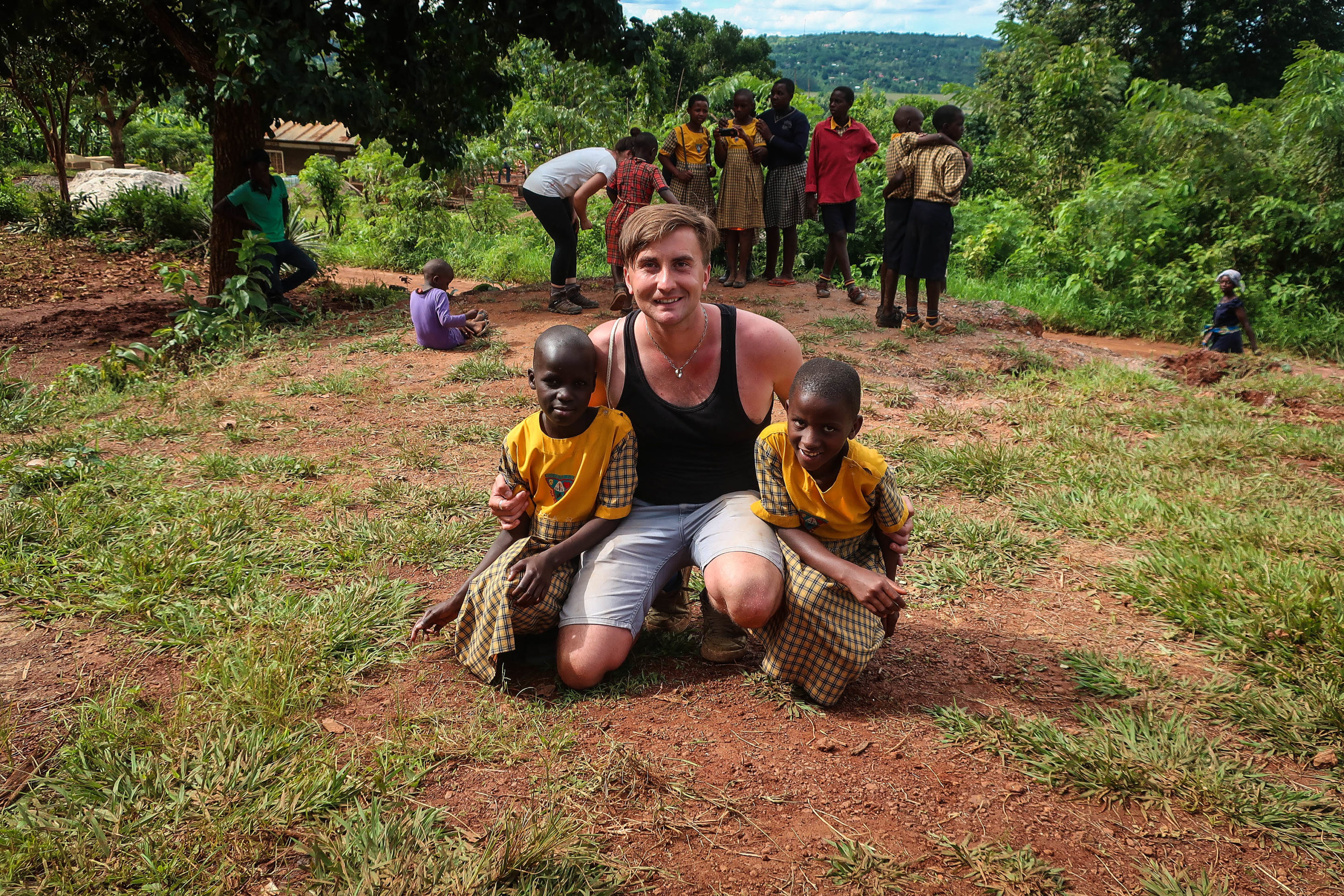 A big thank you to Alex for participating in this interview and also sharing his great photos with us! 🙂