Everything Uganda: Birds of Masaka, Part 1 Welcome back to our weekly blog which explores a particular aspect of Ugandan life, to learn more about the people, place, and today – the wildlife that plays host to our Adventure Like No Other. 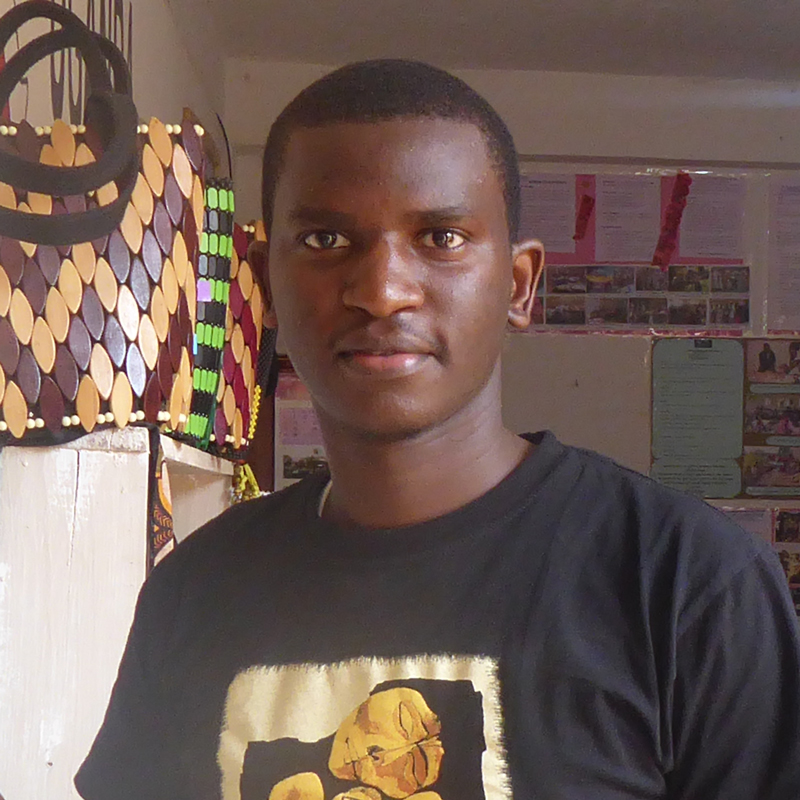 This week we will be looking up at the sky and seeing which of our feathered friends fly passed! Masaka and Uganda, in general, is a very green place with many water bodies scattered across the area. This means birds have a lot of opportunity to nest before taking flight again.

To tell us more I called on Wycliffe, a native Ugandan, who grew up in Masaka and worked with his family in their local guesthouse for many years. From an early age, Wycliffe was fascinated with wildlife and his goal was to create a business to blend his business acumen with his passion for Uganda’s natural resources and training as a safari guide.

During the Marathon week, Wycliffe leads a 2-3 hour walk through the town where some of the birds below can be seen!

The Shoebill Stork (pictured above) is distributed in the freshwater swamps of central tropical Africa. This wonderful bird occasionally visits the Masaka Nabajjuzi Swamp. On a lucky day, it can easily be spotted in its statue-like posture because of its slow movements and tendency to stay still for long periods. The plumage (ie. the feathers) of adult birds is blue-grey with darker slaty-grey flight feathers. The breast presents some elongated feathers, which have dark shafts. The juvenile has a similar plumage colour but is a darker grey with a brown tinge.

The Marabou Stork is a large wading bird in the stork family. These are more often seen around doing an unpaid job of cleaning as they feed on leftover, dumped food, amongst rubbish piles. Like most stork, the marabou is gregarious and a colonial breeder.

In the African Dry Season (when food is more readily available as the pools shrink), it builds a tree nest in which two or three eggs are laid. Both sexes are alike, but the young bird is browner and has a smaller bill. Full maturity is reached at four years.

The Tawny Eagle is a large, long-lived bird of prey. It is a resident breeder that lays one to three eggs in a stick nest in a tree, crag, or on the ground. Throughout its range, it favours open dry habitats such as semideserts, deserts steppes, or savannah plains. Although the Tawny Eagle does hunt for food, it also relies on carrion (flesh from dead animals) as a food source. However, its chicks are unable to survive off carrion alone and thus require freshly caught prey. Research suggests its diet is often made up of: 36.9% mammals, 51.9% birds, 10% reptiles and 1.2% amphibians. 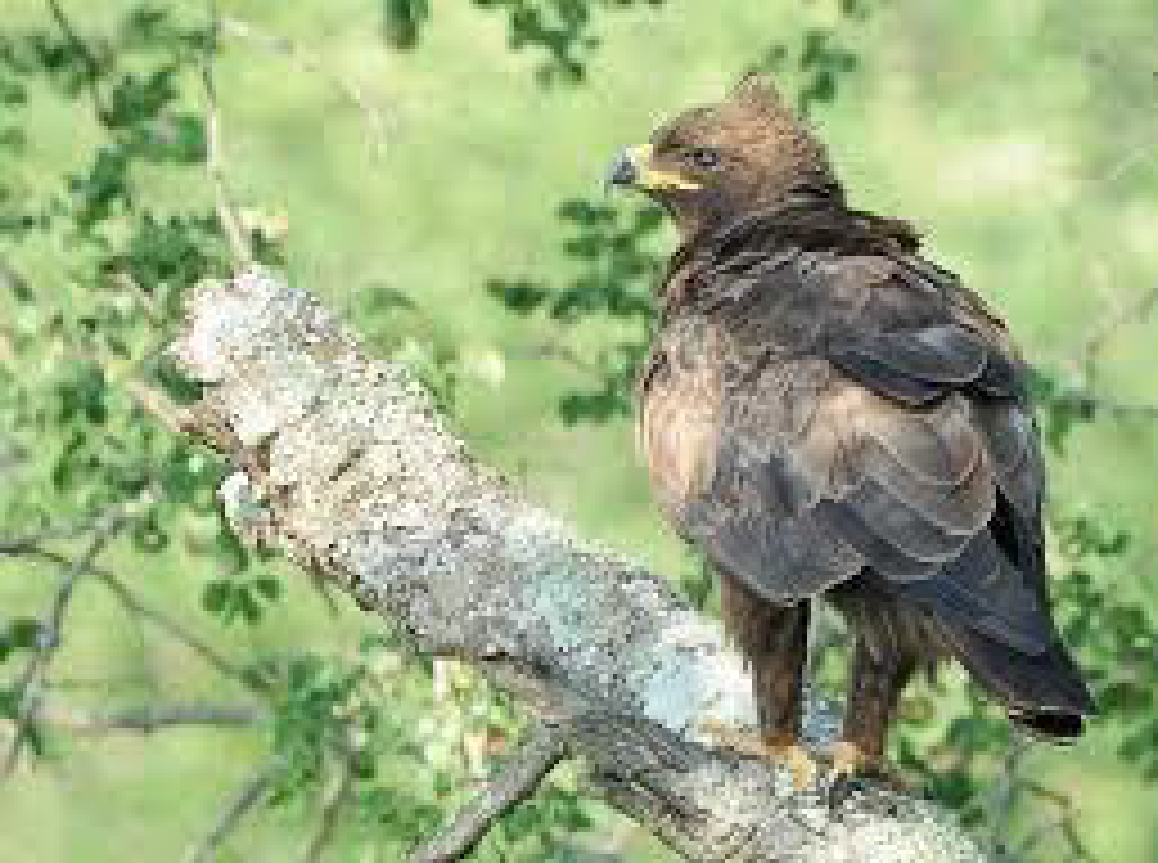 Wahlberg’s Eagle is a bird of prey that is native to sub-Saharan Africa, where it is a seasonal migrant in the woodlands and savannas. Wahlberg’s Eagle hunt reptiles, small mammals, and birds.

The feather tone is variable but is often a dark brown except for dark-streaked grey undersides to the flight feathers and a barred grey under-tail. Light and dark feather tones usually occur throughout the bird’s life.

Like all Egrets, the Great Egret is a member of the heron family, also known as ‘Ardeidae‘. The Great Egret is a large heron with all-white plumage (ie. the colour of the bird’s feathers). Standing up to 1 m (3.3 ft) tall, this species can measure 80 to 104 cm in length and have a wingspan of 131 to 170 cm. It feeds in shallow water or drier habitats, feeding mainly on fish, frogs, small mammals, and occasionally small reptiles and insects. It spears them with its long, sharp bill, by standing still and allowing the prey to come within the striking distance of the bill.

The Pied Crow is approximately the size of the European Carrion Crow, or even a little larger (46–50 cm in length) but has a proportionately larger bill, slightly longer tail and wings, and longer legs. As its name suggests, its glossy black head and neck are interrupted by a large area of white feathering from the shoulders down to the lower breast. All of its food is obtained from the ground and trees, and this includes injured wildlife. Specifically, their diet consists of: insects and other small invertebrates, small reptiles, small mammals, young birds and eggs, grain, peanuts, carrion and any scraps of human food and fruit.

There we have it, the first part of ‘Birds of Masaka’. We hope you join us again for the second part of this series. See you next week!