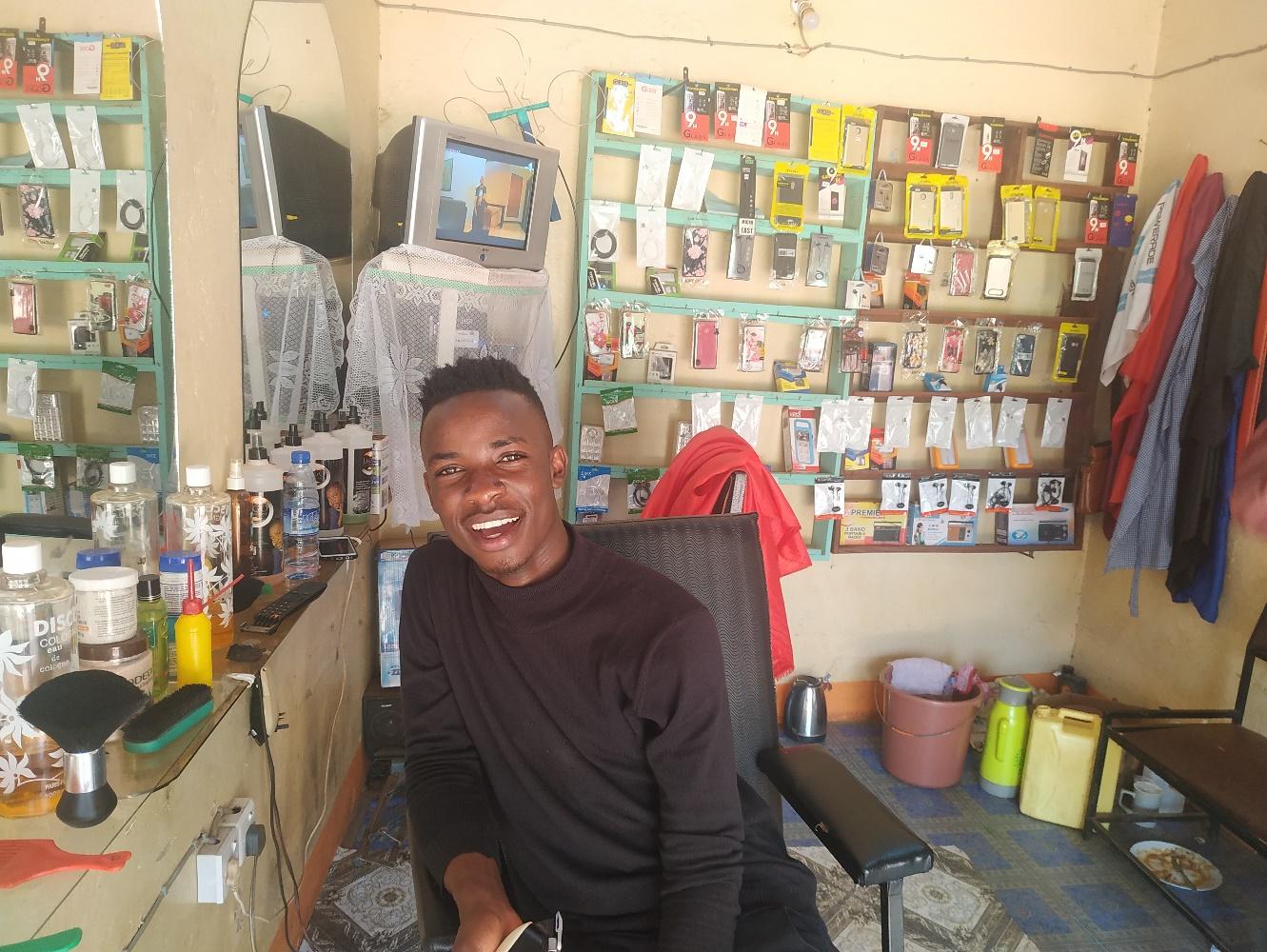 This week we will be spending the day with a barber in Masaka. Scott Jovic (who prefers to use the same name as he does on social media) is a 20-year-old who has been plying his trade for 2 years now.

It all started for him at High School back in 2016 after realizing there was a high chance, he would soon be unemployed like many others he knew who had completed school.  He started to look around for what to do. The answer came in the form of a friend who was running a saloon near where he stayed. There he began training for a year and a half and picked up a lot of skills and knowledge before starting his own business after completing High School in 2018.

The day begins when Jovic wakes at 8:00 AM. After the usual morning lineup, he is at work by 8:30. He opens up the saloon, turns on the T.V and sweeps the floor. He has breakfast at 9:00 and waits for customers. His first customer that day walks in at 10:40 AM – a middle-aged man he knows by name who gets a trim and hairline shaping in 7 minutes. After this customer, no one walks in till the lunch hour at 1:00 P.M.

Ordered from the restaurant two doors over, Jovic eats as he browses his phone and enjoys the music from the TV station he has tuned into. Another spell of waiting follows, untill 3:00 P.M when the customers start flowing one after the other. He doesn’t catch a break till 8:00 P.M. He has 2 more customers before closing time at 9:30 P.M. Back at home Jovic sorts the money he has gained, with some put-by for saving, rent, personal and other essentials. 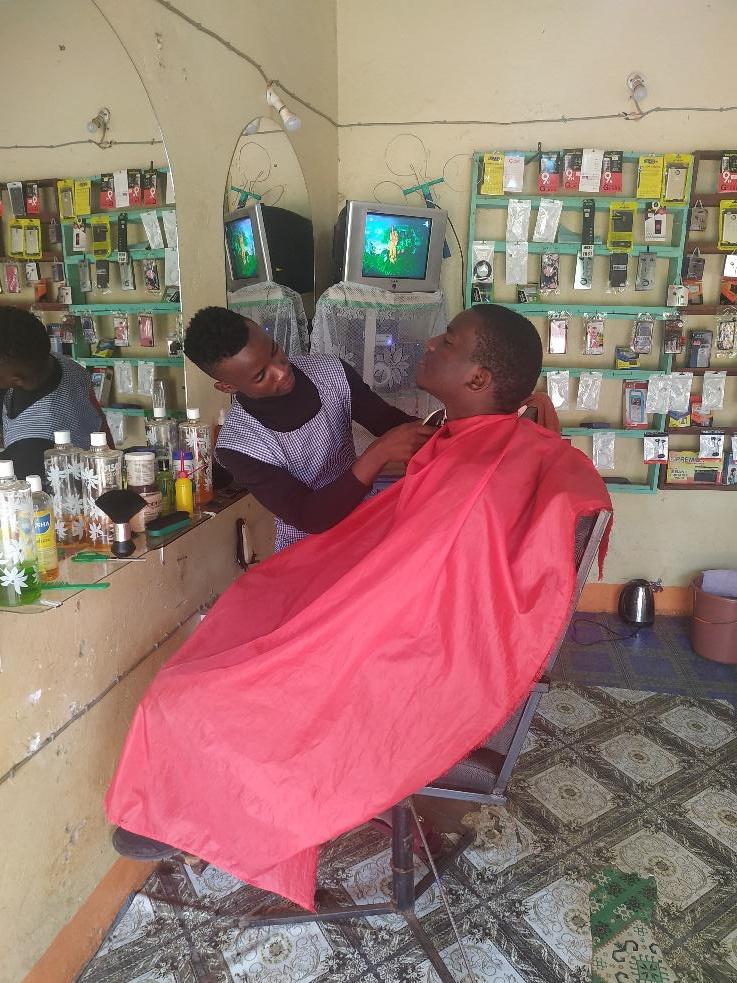 “I love this work because for a young person it is easy to manage and earn from. You find many other working people my age can end a workday making only 10,000 shillings (just over $2.50) but for me even a bad day I can make at least 30,000. (just over $8)” Jovic tells.

He adds that he doesn’t want to end at only being a barber – he intends to become a trader in things like the phone accessories he has hanging in the back of his salon. 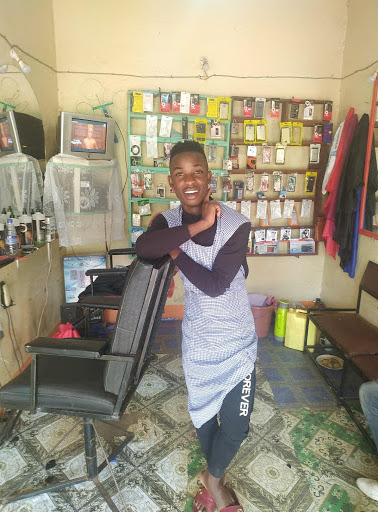