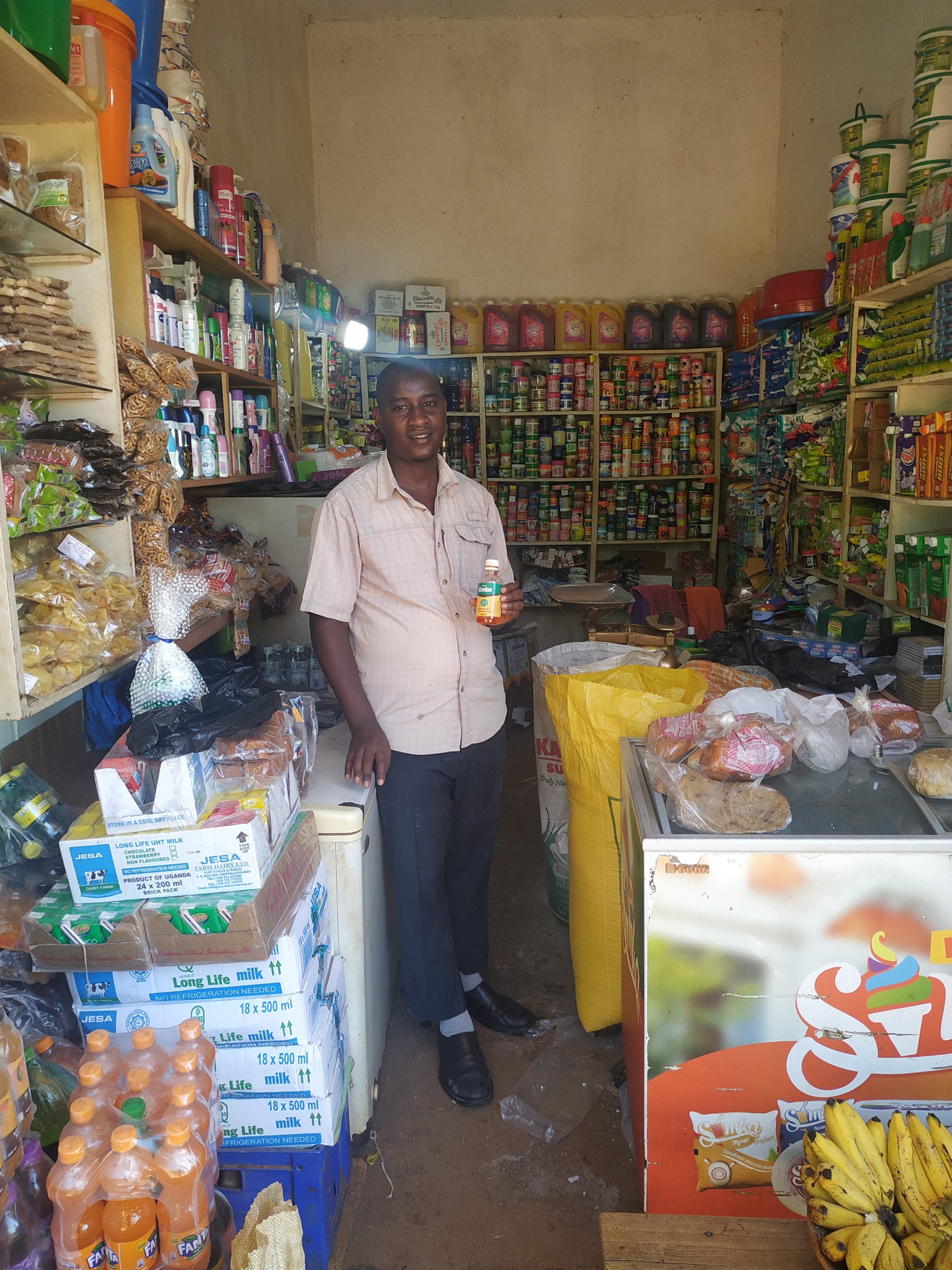 We welcome you to a special edition of our weekly blog that will be looking at how the lives of the people of Masaka have changed since government measures were introduced in response to COVID-19. To do this, I interviewed shop owner Musa Kamoga (from a distance) who has been serving customers since 2013.

Uganda confirmed its first Corona case on March 22nd. As of 1st April the number of cases has risen to 33. The President has announced a number of measures to curb the spread of the virus across the country. The most impactful ones to the Masaka community include:

Hearing from a local business owner

“I first heard of the Coronavirus from the radio in December when it was affecting China. It seemed so far away.” Musa says.

His shop is one of the few open in the area of Masaka known as Katwe. The shop sells things such as beverages, snacks, soaps, detergents, cooking oil, sugar, rice and lots more.

“I noticed a change last week. People began buying in bulk even with the price changes.”

Prices of rice, oil, sugar, and most notably salt, has seen a 100% price rise from 600 shillings to 1200 shillings since the first case came to light in Uganda.

“People are mostly buying essentials. Food, soap, sugar and other such items. I am not very worried about supply because they are still allowing food cargo [to move].”

However, with the close of industries that process the food and other essential items being closed, it feels like a matter of time before Musa has to turn people away due to insufficient stock.

“With the close of schools, universities and institutes, some things have seen a sharp fall in sales. Yoghurt, crisps, small cakes and other such items like these have slowed.”

Given that he has been in operation for 7 years, Musa knows many of his customers. He is mostly serving people who can walk from their homes like him. Schools have been closed for 30 days.

“Masks have proven very difficult to use for me. It is difficult to breathe, irritates the skin and gets hot. I have a sanitizer that I use after serving every 5 or so customers.” This is Musa’s response when I ask what he is doing to prevent contracting the virus.

“I have also sent my children to their grandparents. They are safer there. I know they would have a hard time staying at home but in the village there is more space for them to be in.”

Musa isn’t alone in being separated from family. The banning of private vehicle use was rumoured recently, but when it was announced it came in at very short notice – it came into enforcement a mere hour after the President spoke at 9:00 PM.

In conclusion, most people in Uganda are trying to do the right thing by staying at home.

To finish, Eric shares an update from Liberation Square in Masaka – which is home to the Marathon’s start/finish line on a normal year.

Thank you for joining us and see you again next week!

Receive Uganda Marathon news, stories from Masaka, updates, and follow the event from your mailbox.

Uganda Marathon - An Adventure Like No Other
5.0
Based on 20 reviews
See all reviewsWrite a review
The opportunity to have a real adventure and help others at the same time.

Hear incredible stories from Uganda, find out more about the projects we support and get updates from the equator!

You will also immediately receive a full info pack that has loads of information about the 2022 Uganda Marathon. Read all about this amazing, record-breaking event!