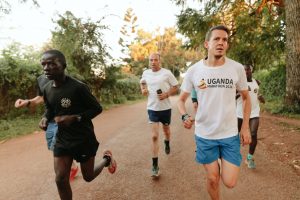 Here we interview runners who have participated in the Uganda Marathon, so they can share their stories and experiences from the 7-Day Adventure. After all, it’s their involvement which makes the week so special, from the impact they have on the Charity Projects, to the community feel they give to Race Day.

An experienced runner, Sean joined us for his first-ever trip to Uganda. He was looking for a fresh challenge and a way to connect with the community. Below he chats to us about Race Day, the course and the emotional experience of crossing the finish line – made all the more special by the friendships made throughout the week with the people of Masaka!

1. What made you sign up for the Uganda Marathon?

My partner Kim and I are both passionate travellers, but neither of us had really thought about visiting Uganda before. We learned about the Uganda Marathon at the Adventure Travel Show in London and it seemed an incredible opportunity to interact with a local community and make a meaningful contribution to life in Masaka. We have both been running for a number of years and have taken part in a variety of endurance events, but the Uganda Marathon represented a new and unique environment in which to challenge ourselves. We were compelled to join the seven day Uganda Marathon programme so that we might feel a connection with the area and its people rather than just rocking up in Masaka to run a race.

2. Which projects did you visit during the week? Could you tell us about the experience? 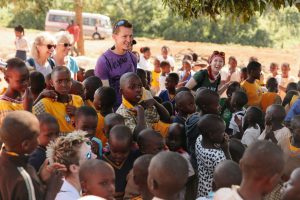 I was fortunate enough to visit two projects during my time in Masaka. My Legacy Day was spent at Bugabira Primary School, which was a fantastic experience. The teachers and students made us feel very welcome and when one of the boys found out that I was a scientist, he started quizzing me on why meteorites fall to Earth. As a chemist, I perhaps wasn’t best placed to answer this, but I did my best! I had also chosen to fundraise for Uganda Empowers and my visit to their facilities was a really interesting look at how a non-profit organisation helps to support valuable community infrastructure programs.

One common trait I recognised across both projects was the highly resourceful and practical attitude of Ugandan people and their commitment to developing the foundations for sustainable advancements in their community.

3. You came to Uganda having run in previous marathons. What was it like to run the marathon in Uganda and how did it compare to other events you’ve participated in? 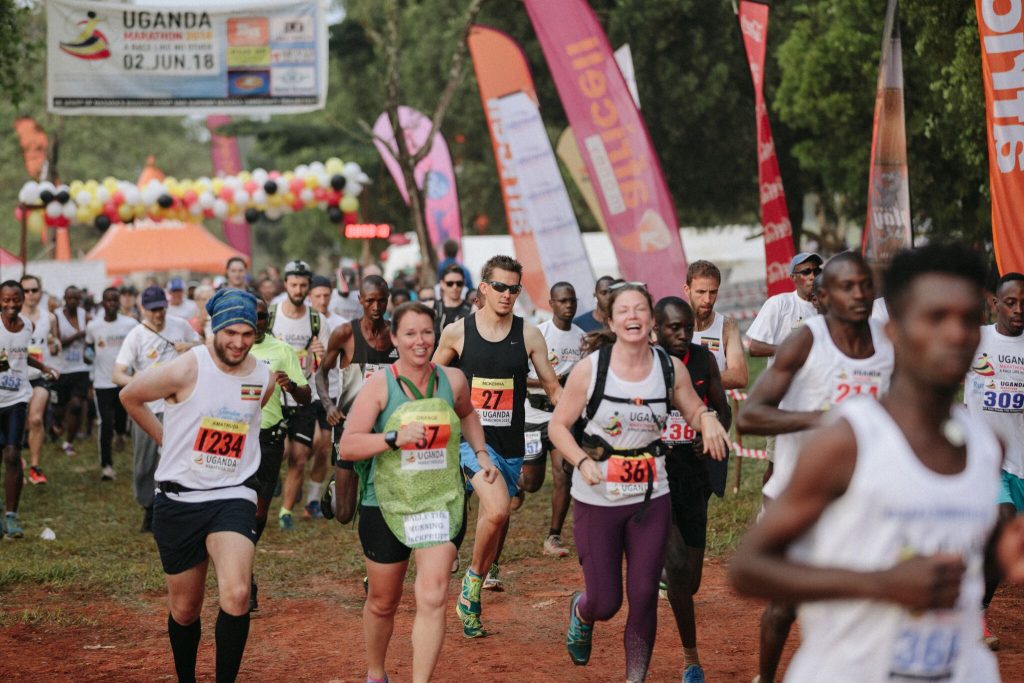 The Uganda Marathon was quite unlike any race I’ve taken part in before. Above all, the course demanded respect. The combination of climate, undulating terrain and fairly technical sections made the event more similar to a trail race than many of the iconic road marathons held around Europe. For that reason, it is not a quick course, but the race has many of its own charms. For instance, I was joined on multiple sections by groups of kids who pace matched with me for a few kilometres at a time, a bit like I was running with a guard of honour! The support from spectators was superb and the course always had the potential to spring a few surprises… at one point I found myself caught behind a herd of cattle!

4. How did it feel to cross the finish line as our faster international runner in 2018, whilst setting a new record as well!?

Awesome! The finish line was a glorious sight! I had to run a disciplined race because I knew how easy it would be to burn out on the hills. Nevertheless, in the last few kilometres, I could feel my form slipping a little and I was just trying to maintain my focus until the end. 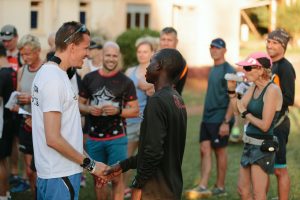 As I turned in to the finishing straight I could see so many of the people I had met during my week in Uganda: representatives from the volunteer projects, pupils from ‘Kids Run Wild’, members of Masaka Running Club – it was a sea of friendly faces.

I don’t often get emotional after races, but I could feel tears in my eyes and I just wanted to hug everyone!

Obviously it was great to learn I had set a new international runner record, but regardless of where and when I finished, it was a really special moment that will stay with me for a long time to come.

5. Finally, what was your favourite memory from the 7-days, and how would you sum the week up for someone who hasn’t been?

I have so many happy memories from my time in Masaka, but there are a couple that stand out particularly.

During the ‘Kids Run Wild’ event, students from Bugabira Primary School who I had met earlier in the week sought me out to chat and play games. It was a joyous, upbeat event and I gladly threw myself into rounds of musical chairs, ‘Simon Says’ and even a three-legged race in order to bond with these fantastic kids. Equally important to me was the chance to train with Masaka Running Club. Running has a tremendous capacity to build friendships upon shared comradery and I found that to be no less true in Uganda. I struck up a great rapport with Bosco, an excellent local runner. We soon got to comparing training strategies and PBs. While I didn’t stand a chance of competing with him in the race, he still waited around at the finish line to congratulate me and shake my hand. It was a gesture which was emblematic of the gracious and considerate attitudes I experienced throughout my time in Uganda.

While it is very difficult to sum up seven days of new and powerful experiences, I can only reflect that the Uganda Marathon challenged my expectations and presented a meaningful, life-affirming adventure. For those considering signing up for the event, this one week will be the most unforgettable and the most rewarding of your year; your legacy will be left in Masaka but the spirit of Masaka will remain with you. 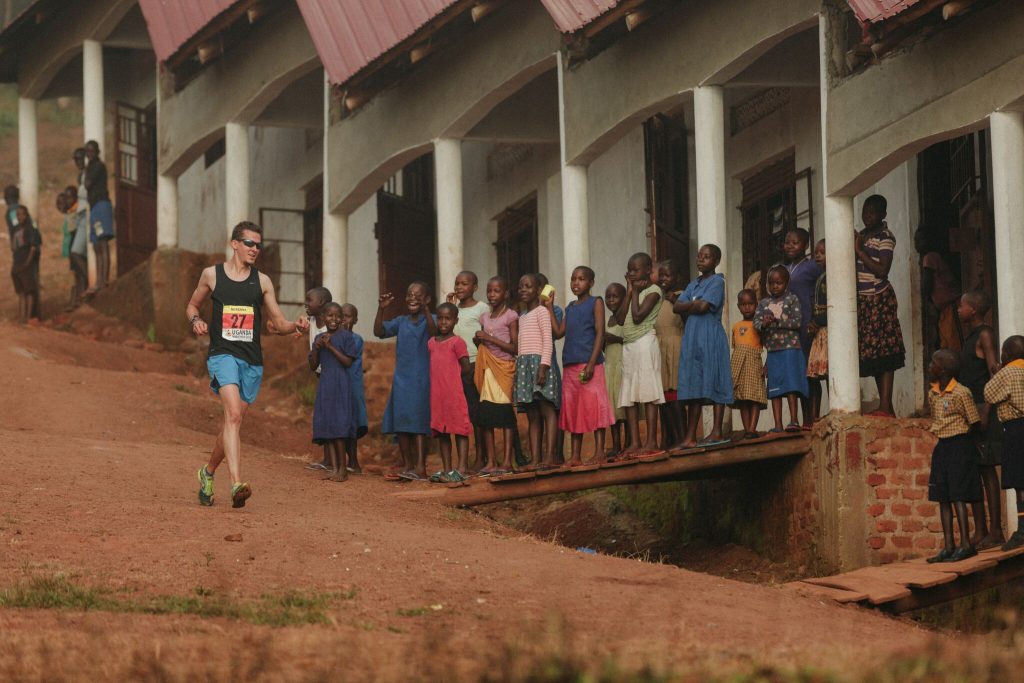 On Race Day, Sean runs past Bugabira Primary School, with the children who he connected with on Legacy Day and at KidsRunWild, cheering him on! (Photo Credit: The Glass Passport Project)