Everything Uganda: Buganda’s First Six Months of the Year 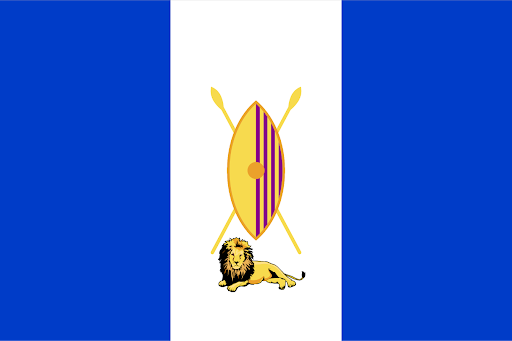 The flag of Buganda’s Kingdom

This week we will be learning the names and meanings of Buganda’s months of the year. The Buganda Kingdom (of which Masaka is a part of) has a proud and rich history that is reflected in their language. A clear example is in the names they give to the 12 months of the year!

We start with January that is named Gatonnya. The word ‘Okutonnya‘ in Luganda varies depending on the context it is used in – for example it can mean: raining, dipping or dripping. Green bananas (matooke) are Buganda’s main staple food. January is a peak season for bananas ripening and harvesting, and as those who know how many bananas can come off even one tree can attest; it is no easy task to get them all. Inevitably during this month, the farmers get overwhelmed and it literally starts to “rain” (ie. ‘Okutonnya‘) bananas from the tress. This phenomenon is where the month gets its name!

February is next and is called Mukutulansanja. “Nsanja” are banana leaves. “Okukutula” can be used to mean tear. Having said banana leaves are an important food for Buganda, we find their season ending in this month. The heat of February finds the now post-harvest banana trees and dries them up. The banana fibres that cover the stem of the tree start to whither and peel off, therefore getting torn and serving inspiration for the Luganda name of February, from a combination of the two words, ‘Nsanja‘ and ‘Okukutula‘.

Mugulansigo is the name given to March. This is a month where the farmers are preparing their gardens for planting. “Nsigo” means seeds and the other main word “Mugula” can mean buy or acquire. Seeds like beans and maize were heavily sought in this time and therefore inspires the name.

Watch Eric’s vlog to help with the pronunciations of the Buganda names!

April is called Kafuumuulampawu in Luganda. “Mpawu” are white ants. Different types of white ants are eaten by the Baganda people. “Kufuumuula” can be translated to ‘spray‘ in English. This is the first month where white ants appear as if sprayed around everywhere in people’s homes. This inspires the name, again combining the two words.

May is given the name Muzigo. The month of May is filled with rain which is great for the growing plants but not so for the animals. It is a very cold month and the domestic animals come under threat. ‘Muzigo‘ is a common phrase used to mean “handle with care” and it is believed this name is a caution for those rearing animals in this month.

We end with a tragic story that inspires June’s name, Sseebaaseka. This season of harvest is marred with Malaria. Having come off the rain-filled Muzigo, this relatively dry month is a ripe time for mosquitoes to breed and spread because of all the ponds of still rainwater that would occur in the area. The story goes one evening in this month, a little girl was sent by her mother with freshly roasted maize for her father who was sat outside with a fever. Usually, girls are sent with multiple servings to their elders until they are told enough. After some time, this girl was sent with a second serving. Surprised that her father hadn’t touched the maize she asked why but got no answer besides the smiling face of her quiet father. She left the second serving and returned to her mother who asked how he was finding it. She told her mother “Sseebaaseka”, he is laughing. Sadly, her father had passed away. This story is said to inspire the name of this month.

And there we have it, Buganda’s first six months! We hope you join us again as we continue to learn about this special Kingdom, its people and their culture.