Here, one of our runners, Vix, tells her story of preparing to run the Uganda Marathon 2017. Her first ever marathon event, she tells us about the highs, lows, and challenges of training to run 42K through rural Uganda, all in support of the Charity Project ‘Women’s Soroptimists’.

It is all getting very real now! As I write, it’s three weeks until I get on a plane out to Uganda and, in four weeks, I will have run my first marathon….eek!

Any of you who read my last training post will know that I was having a hard time with my training in mid-April. I had so much support and advice from friends – including the UGM community – and I am delighted/relieved that training has been going really well in the last couple of weeks. Iconic sights – one of my favourite things about running in London

The highlight of this period of training was yesterday: a 20-mile run from Tower Bridge to Richmond with some of the UGM team and other runners. Kudos to the others who also logged their longest ever runs and who will be running their first marathons in Uganda – everyone did so well! 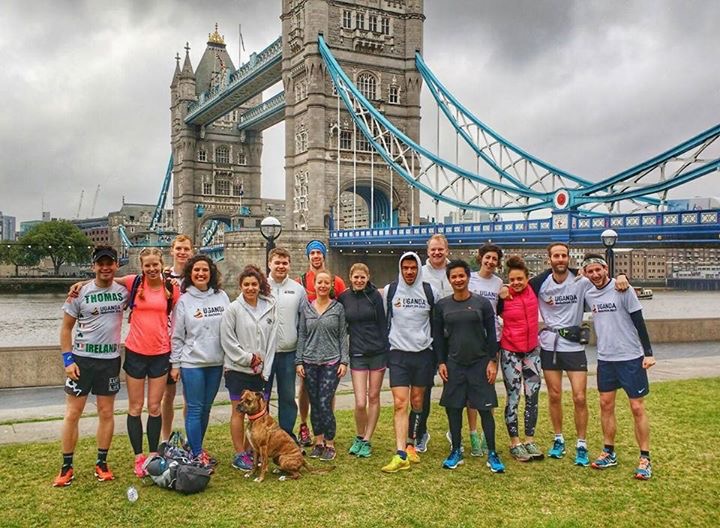 It wasn’t always pretty – I was really hanging on for the last couple of miles (the furthest I had run before was 17.5 miles) but, for the vast majority of the three hours, I felt strong and calm – and apparently looked quite comfortable. It was a bit strange running with a group after training on my own throughout and I discovered it’s quite hard to chat and run that kind of distance – everyone was really chatty until about mile 6! 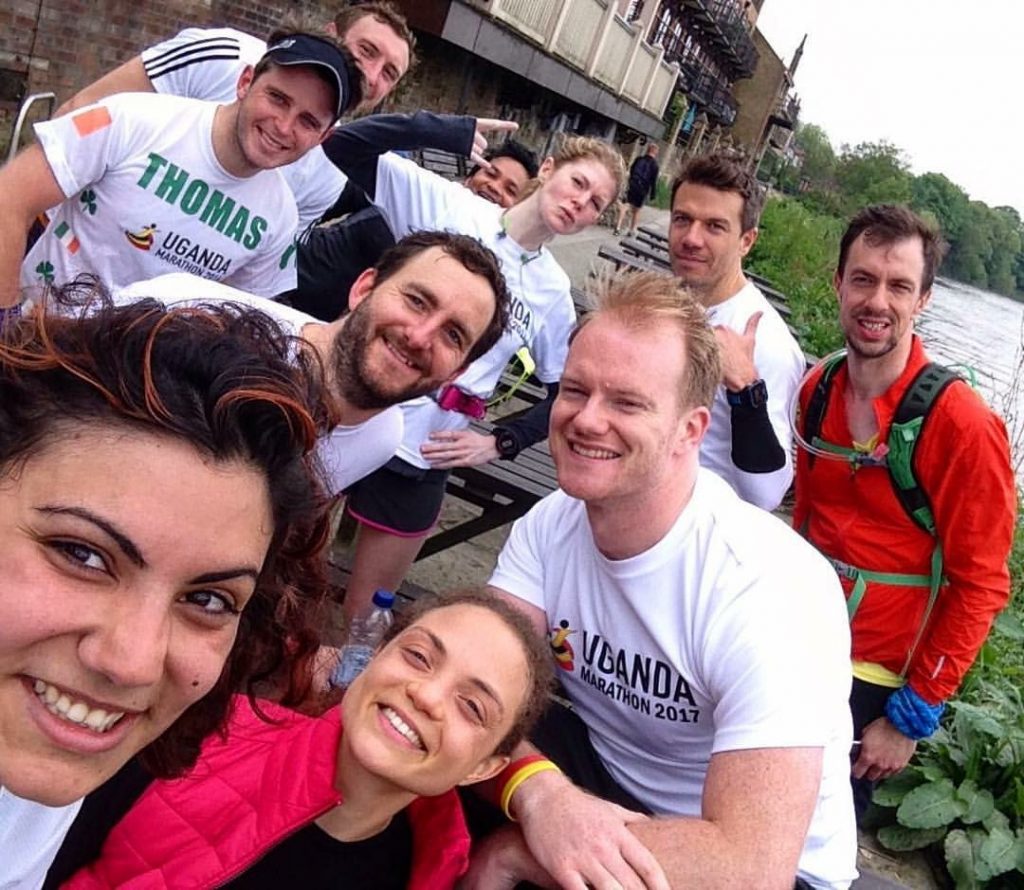 I had so much fun meeting some of the other people who are going to Uganda and having other people around definitely made the run much easier – we ended up quite spread out towards the end so I ran the last couple of miles kind of on my own, watching the two men ahead of me get further and further away! You can really see the difference in my splits though – I ran significantly faster than I have been on these long runs before. I really felt the benefits of fuelling properly (thanks, Rowena, for that advice) – carb-loading the day before, eating a couple of hours before the run then gels, bars and the odd jelly baby along the way meant that I was feeling strong right until the end. 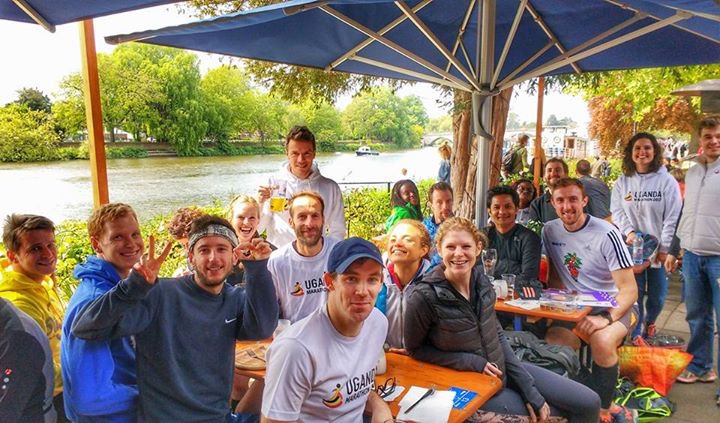 I was so tired afterwards and had to keep moving to stop my legs seizing up entirely. I was sore everywhere – when you run shorter distances, you really don’t appreciate the way all of your muscles work to keep you going, as my abs were attesting to! Today, I’m pleased to report that the penguin shuffle has disappeared and, apart from a slightly tight right calf, I’m feeling really good today; my right knee had been playing up – it particularly objected to stairs – but I seem to have run it back to health!

I’m enjoying my training again. I’ve been letting go of specific times or speeds, which has meant I could just relax and enjoy the running – for the most part, the last miles of the long runs were not exactly fun! At the same time – or perhaps because I’ve chilled out a bit, I’ve been really happy with my pacing. I normally struggle with my ‘fast’ mid-week run but, this week, I decided to set out at a comfortable pace rather than forcing myself to run ‘fast’ straight out the door. As a result, I found myself running some quick miles later in my run. That continued through to my long runs where I was on or ahead of race pace all the way round.

Being back to full health and getting the miles in is clearly helping, as is my yoga practice; my muscles are recovering quickly and I’m not having the tight hips problems I’ve had in the past. Taking my nutrition more seriously is also helping me train better. Generally, I’ve been eating more healthily; specifically, I made sure I ate properly last night and got up a couple of hours before running today to have a proper breakfast and make sure I was properly hydrated before heading out. Finally, relaxing and enjoying it all more, rather than piling the pressure on myself, has been a huge help too.

We are now in major countdown mode – I fly out to Uganda 3 weeks today and in 4 weeks will have run my first marathon in the heat, at altitude, through the hills of Uganda. My training will start to taper now, although I still have a couple of long-ish runs planned (you know you are in marathon training when you describe running 10 or 15 miles as ‘long-ish’!). I’m still feeling quite nervous about the race itself; as I finished yesterday, all I could think was “how am I meant to run another 6.2 miles?!” but everyone assures me that adrenaline and the atmosphere on the day will carry me through…either that or crawling!!

Photo credits to @markc_run and Julia and huge thanks to Mark, Emily, Andy T, Miller, Henry and Julia for organising and keeping us all going. Can’t wait to see you all in Uganda in 3 weeks!

Vix is running the Uganda Marathon for the Charity Project Women’s Soroptimists. If you’d like to check out her fundraising page, you can do so here. Thanks for another brilliant post Vix! 🙂