Don’t make a New Years Resolution! – Get Inspired for a 2015 Plan

Christmas has now been on gone, we hope it was incredibly merry, argument free and filled with just enough training to keep you in shape but not too much to get in the way of the festivities!

So now as the New Year fast approaches, it’s as good a time as any to make some decisions about what kind of year 2015 is going to be, resolutions if you must. But the thing is, I don’t want to refer to these as New Years Resolutions, or talk about them. The concept of a New Years Resolution is one that is doomed to failure as the suggestion is that decisions to better yourself belong at New Year. This leads to the frustrating cliche of people fighting it out in the gym for equipment in January and February, but then giving up by about April, May.

The idea of a resolution so often pertains to an immeasurable journey without any kind of destination – “I resolve to get more sleep”. This stops you from being motivated to continue it beyond any kind of distractions, as, at the end of the day, you have nothing to measure it – “I resolve to eat healthily and get more exercise”. This is why instead; I would far rather talk about 2015 plans and goals!

We are each blessed with either 80 or 82 years on this lovely planet, a good proportion of which has probably already gone! There’s a lovely rule, that keeps proving itself, called the Pareto Principle says that 80% of your living will come from 20% of your life, I want to know how can you make 2015 sit in that 20%?

In 2008 Hugo Metcalfe walked out his door and travelled to China to become the youngest Briton to walk the entire length of the great wall solo. At the time, he wasn’t an athlete, nor an experienced adventurer and had very little experience in this area (who has?!). Yet he created a goal that he was going to achieve something. The goal that he created, to walk the length of The Great Wall of China, became something that he couldn’t escape! There was a measurable and very real result at the end, which meant that he had no choice but to train and train well, the resolutions that he could have made – getting up early, exercising, eating healthily and not drinking as much – all nicely followed suit. 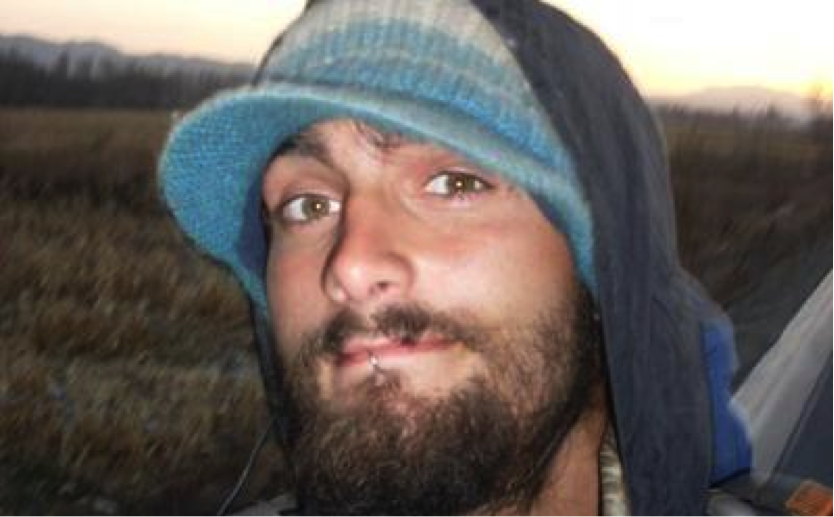 And this is how you win! The people who are still in the gym on March the 1st are there because they have no other choice. They have made the decision to achieve something awesome in their life and so the impact of not going to the gym is not “well I didn’t go so I didn’t go” but actually they have to make it up elsewhere in order to stay on track to completing their challenge and achieving what they set out to achieve. So at 6 o clock in the morning when their alarm goes off, their decision has already been made.

Back in 2010 Leon McCarron decided that he hadn’t seen enough of the world, working as an independent cinema manager he developed the feeling that he never really challenged himself and so he saved up and one day left New York on a bike to cycle 14,000 miles through 10 different countries finishing in Hong Kong. Leon is now an ex cinema manager who has traced the longest river in Iran, seen the deserts of the Saudi Arabia and trekked through Mongolia. What started as a goal to challenge himself has enabled him to see and do things that other people can only dream of, things that he never really dreamed of!

This is the point of why we challenge ourselves – so that we can see and do things that others can’t. What is the point of spending your Saturday mornings on a treadmill if you end up spending the rest of your time at a desk or in front of the telly? Not that your goal should necessarily be to cycle 14,000 miles but rather to realise the achievement of pushing yourself to your limit, of doing something that you couldn’t do 6 months ago, of simply appreciating the scenery around you through the streets or countryside on an early morning jog. Or of travelling to someplace in the world not just to sit on a beach but to have an impact and achieve something that you can remember and talk about for the rest of your life. This is what the purpose of your 2015 goal should be!

So I implore you to not just go through the motions of a doomed new years resolution, don’t resolve to do something that has no achievement or measurable end goal. Instead create a plan to make 2015 a 20% year, a year that has goals that forces you to get up at 6 o clock on March the 1st to train, because you are working towards something bigger, a year that enables you to see a bit more of the world than your journey to work and a year that you can talk about in 20 years time and still be proud of.

Tell us what your 2015 plan is, we’d love to hear it! Or if your looking for inspiration for what you can do, come along to our beer and adventure night in London on the 12th of January.