Supporting agricultural and the interests of small rural farmers. 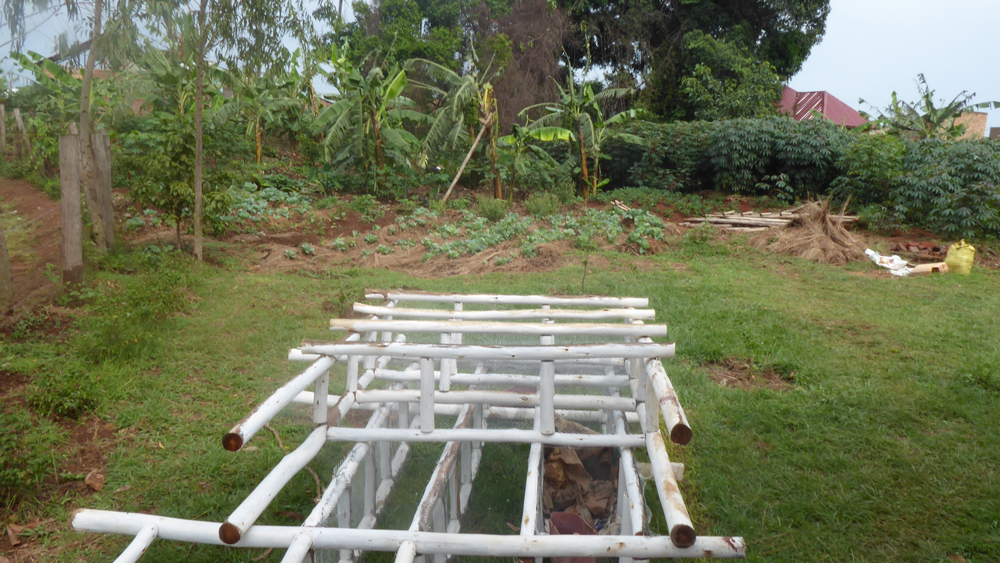 One of the tools used at Treasure Seed gardens, with cabbages growing in the background.

Over the last decade, large Genetically Modified Organisms (GMO) companies have managed to create a monopoly by selling crops that are purposefully designed to only last one season, which forces customers to buy their products every harvest. GMO companies have not only saturated the agricultural market but have also convinced the consumer that straight carrots and perfectly round potatoes are better, forcing farmers to buy their crops.

Treasure Seed have been set up to fight this. They are promoting indigenous crops that grow naturally, are much lower risk, don’t require expensive pesticides and will last more than one season. They are fighting a huge battle, demonstrating to farmers that although the crop yields may be lower than thee GMO developed crops, the risks are much lower and the costs of production are also massively reduced. They are working against the GMO companies to argue that perfectly formed vegetables are not natural and less healthy than natural, indigenously grown crop.

Over the last few years, Treasure Seed have made massive progress by focusing on small hold farmers who can relate to the increased food security that comes from low-risk indigenous crop growing. They have set up food hubs in subsistence farmer’s homes and invited other families and farmers to demonstrate their methods and pass on their knowledge.

Their main demonstration farm was deliberately built on Misaali Hill, a rocky hilltop that was previously thought of as unfertile, baron land. Misaali Hill is now a Garden of Eden, blooming with organically grown indigenous crops. The garden has also now become a well-known site of herbal medicinal value. The genius behind this strategy was to display the healing power that plants have on the land – knowledge that our ancestors knew and utilised. This display has encouraged lots of the local population to listen to them, so they can pass their knowledge on so that it is not lost.

But now they need to spread their knowledge further and compile more research, which will give them a firmer foothold in the fight against the big GMO corporates.

This is where you come in…

How you’ll help us achieve the goals

Treasure Seed have started to get some international recognition. Groups across the globe have taken interest in their research and want to come and see the work they are doing. But, without accommodation, Treasure Seed has been unable to host volunteers or researchers, causing issues with their growth.

You can help the incredible work that they are doing by fundraising to build a three bedroom volunteer house. Treasure Seed already have the demand needed to fill the house with paying volunteers who want to be a part of their work, and the profits are expected to be 450,000 UGX ($120) a month.

The first thing that Treasure Seed intend to do, after 6 months of hosting volunteers, is build a large community water tank for all the Misaali Hilltop residents to use. Then the extra money will help them to really utilise the volunteer skills in supporting the work in their target area of the slums in Nyendo. Treasure Seed are working to train families in poverty to grow their own household food, through techniques and seeds provided by their team. For those with larger plots, Treasure Seed link them to markets to sell their products, helping them generate an income off previously barren land.

Your Legacy Day During the Uganda Marathon Week

This will be a fun physical day resolving the challenge of harvesting water for the project. The purpose will be to help Treasure Seed hit one of their goals by building a community water harvesting tank. You’ll be working with local experts and the project beneficiaries to meet this challenge. There will also be a tour of the Treasure Seed farm, learning about their work and the research.

This will be the chance to work towards a goal of the project that you are funding and get to know the beneficiaries who will tell you about their lives and how your fundraising is going to make a real impact.

Legacy day activities are subject to change at any time, this is not a final plan.

Choose Treasure Seed and help preserve a knowledge that humans have had for thousands of years, and ensure that the community of Nyendo maximise their land to create real food security. 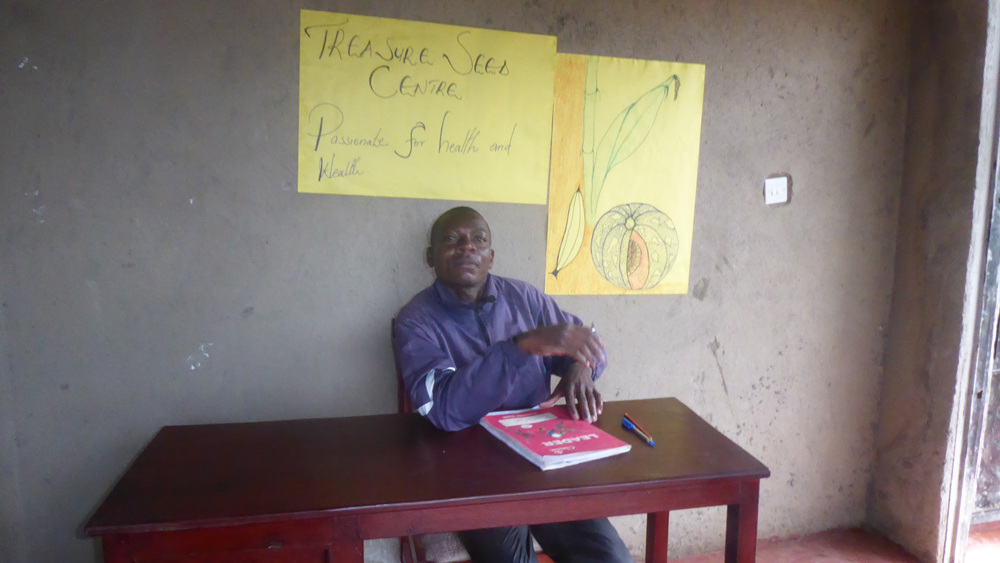 One of the workers in the Treasure Seed Building